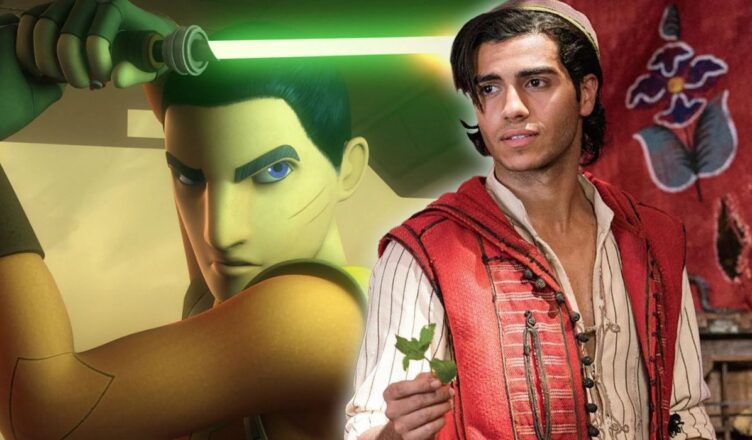 The latest post shared on social media by star Mena Massoud is fueling rumors that the actor may have been cast to play Ezra Bridger in a future Star Wars project.

The actor is best known for playing the role of Aladdin in Disney’s live-action adaptation of the 1992 classic. Recently Mena Massoud shared a photo on social media that shows a very particular phrase: “Hey, just so you know, when I escape I won’t hurt any of you”. The caption clearly refers to one of the sentences uttered by Ezra Bridger in “Stealth Strike”, an episode of the second season of the animated series Star Wars Rebels.

Who is Ezra Bridger?

Ezra Bridger is one of the main characters in the Star Wars Rebels animated series. Orphan from the planet Lothal, he is trained to become a Jedi by master Kanan Jarrus. Together with his master he will set up a special team, the Ghost Crew, with the aim of pushing the Galactic Empire away from Lothal and the neighboring planets. the team will become an integral part of the birth of the Rebellion, also interacting with famous characters such as Grand Admiral Thrawn, Ashoka Tano, Darth Maul and Darth Vader.

Lucasfilm recently brought some of its famous animated characters into the live-action series The Mandalorian, most notably Ahsoka Tano and Bo-Katan Kryze, both of whom appeared in the second season. As revealed by Lucasfilm herself, Ahsoka will star in a spin-off series, while Bo-Katan will appear again in the third season of The Mandalorian.

in an episode of the live-action series, Ahsoka declares that she is hunting Grand Admiral Thrawn, one of the main antagonists in Star Wars Rebels. Although no direct reference to Ezra Bridger has been leaked, the future appearance of Thrawn and the recent post by Mena Massoud bode well that the young jedi could appear in a future Lucasfilm project and be played by Mena Massoud.

Obviously Lucasfilm has not yet confirmed or denied the news. We therefore look forward to future developments.