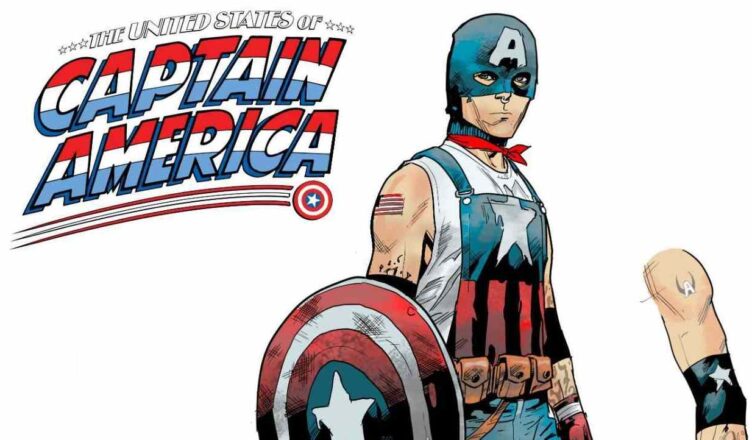 It is a comic miniseries, divided in 5 parts, that will be released on 2 June 2021 titled The United states of Captain America. It will introduce the character of Aaron Fischer, a young gay hero called Captain America of the Railways.

In the story, Steve Rogers will riunite with Bucky Barnes/The winter soldier, Sam Wilson/Falcon and John Walker/U.S Agent to retrieve his iconic schield, stolen by a mysterious enemy. During the mission, they will find out that many people, of every social class, has decided to wear Cap’s symbol to defend their communities. Among them they will meet Aaron Fischer described as “a fearless teen who stepped up to protect fellow runaways and the unhoused”.

The authors, the screenwriter Joshua Trujillo and the artist Jan Bazaldua, claimed that “Aaron is inspired by heroes of the queer community: activists, leaders, and everyday folks pushing for a better life”.

“He stands for the oppressed, and the forgotten. I hope his debut story resonates with readers and helps inspire the next generation of heroes” said Trujillo in a statement about the character. “I want to thank editor Alanna Smith and Joshua Trujillo very much for asking me to create Aaron” Bazaldua added. “I really enjoyed designing him, and as a transgender person, I am happy to be able to present an openly gay person who admires Captain America and fights against evil to help those who are almost invisible to society”.

The character’s introduction reflects the willingness of Marvel Studios, as the president Kevin Feige has claimed many times, to introduce more charaters with different ethnicities, cultures and sexualities.

Moreover, this year is the 80th anniversary of Captain America. The character, created by Joe Simon and Jack Kirby, appeared for the first time in March 1941.