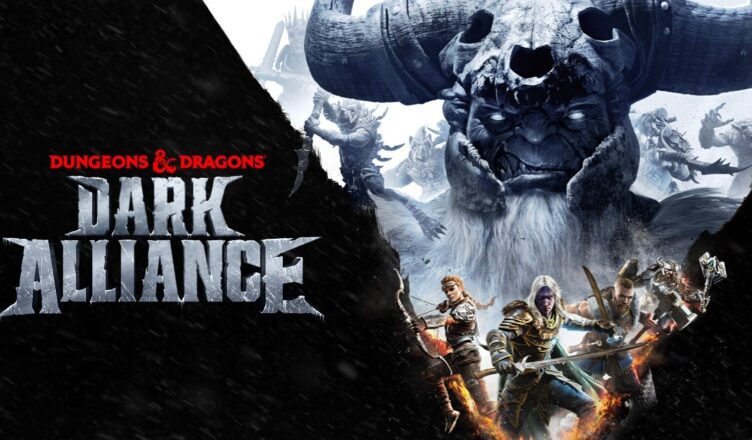 Two decades have passed but everyone of my generation will surely remember a particular hack ‘n’ slash game, namely Baldur’s Gate: Dark Alliance. Twenty years later, this gaming milestone is about to return with a new chapter simply titled Dungeons & Dragons: Dark Alliance.

Before talking about the new video game produced by Tuque Games and Wizard of the Coast, it is good to make a brief historical parenthesis.

Let’s jump back in time by twenty years. We are at the dawn of the new millennium, an era dominated by “His Majesty” Diablo 2 and tabletop RPGs such as Dungeons & Dragons, undisputed lords of those nights spent playing with friends both on PC and around a table full of sheets and dice.

At that time, many video game developers wanted to translate the role-playing experience of Dungeons & Dragons (second and later third edition) into digital format, offering several video games set in the Forgotten Realms. The first pieces of this vision were Baldur’s Gate and Baldur’s Gate 2, successful video games developed by Bioware, recently re-proposed also for the smartphone market.

In the early 2000s, the overwhelming spread of Playstation 2 and Xbox consoles then shifted the center of gravity of video game development to them. So in 2001 Baldur’s Gate: Dark Alliance makes his appearence on both consoles, a hack ‘n’ slash game destined to win the RPG of the year award. The incredible success of the video game then led to the creation of a sequel. However, the second chapter was overwhelmed by some legal disputes that undermined its distribution.

Snowblind Studios, the developers of the first game, accused the publisher Interplay of having illegally exploited the Snowblind Engine for other games, obviously without paying anything to the legitimate owners. The lawsuit led Interplay to cancel all future projects related to Dark Alliance.

D&D 5e, the return of Baldur’s Gate 3 and Dark Alliance

In 2014, the release of D&D 5e brought RPG back to its peak and prompted Wizard of the Coast to take back two old projects: Baldur’s Gate 3 (now in early access) and Dungeons & Dragons: Dark Alliance, both showed for the first time during the 2019 Game Awards.

now, after two years of absolute silence, Tuque Games is back to be heard, showing a new trailer and the release date of the game. Starting from June 22, 2021, we will be able to return to the Forgotten Realms, in particular in the Icewind Dale region.

A look at the gameplay

Dark Alliance will be a third person coop action rpg. You can embark on the adventure both with friends in split screen mode or online mode, up to a maximum of four players. It will be possible to choose between four characters: the legendary drow Drizzt Do’Urden, the dwarf Bruenor Battlehammer and his two “adopted children”, the human Catti-Brie, and the mighty barbarian Wulfgar. These iconic heroes are widely known and appreciated by all who have read their epic adventures in the novels written by R.A. Salvatore. Only the halfling Regis is missing, which will probably be added later.

There won’t be a classic division between main story and side quests. There will be a base camp that will act as a Social Hub, a place where you can invite and meet your friends and plan your next adventure. In this space there will also be NPCs with whom to trade, sell or forge equipment, manage and enhance your characters.

By consulting the World Map it will then be possible to choose one of the available missions (exactly as it happens on Monster Hunter). There will be different types of missions, from traditional quests to actual dungeons, full of high-level opponents, priceless treasures and difficult challenges. The game will also allow you to repeat missions by setting them to different degrees of difficulty, with consequent rescheduling of the rewards. In addition, the loot will turn out to be richer if we don’t stop at the checkpoints / fireplaces scattered around the dungeon.

Dark Alliance will therefore not be an open world RPG: the missions will develop on guided paths, enriched by the presence of different crossroads and puzzles, which will unlock new areas and objectives.

in Dungeons & Dragons: Dark Alliance the camera is placed directly behind the character: this choice, the developers say, derives from the specific desire to enhance the dynamism of the action and give a sense of greater “frenzy”.

The controls are the classic ones of the genre: light attack, heavy attack, jump, dodge, parry, two basic skills and a super move. The combat system is however much more detailed: you will be able to carry out contextual attacks such as jump attack, running attack and so on, but also combos based on the sequence of the keys pressed and synergies with status effects or attacks by allies.

For example, an enemy that takes a powerful blow after a sequence of light attacks could take more damage, the limbs could suffer different mutilations and / or extra damage, small enemies could be thrown into the air or around the map from large weapons thus activating spectacular eliminations and / or environmental damage.

The technical and artistic sector is also at excellent levels. The attention to graphic details, the characterization of environments and monsters draws heavily from the lore of Dungeons & Dragons, giving many satisfactions.

From the images shown and the details revealed, Dark Alliance wants to keep expectations high. The game seems to rest on excellent foundations and is ready to introduce the adventures of Drizzt Do’Urden and his companions to the new generations. For now, the judgment is positive, but we will have to wait for the actual release, set for June 22, 2021, to see the game in its complete form.