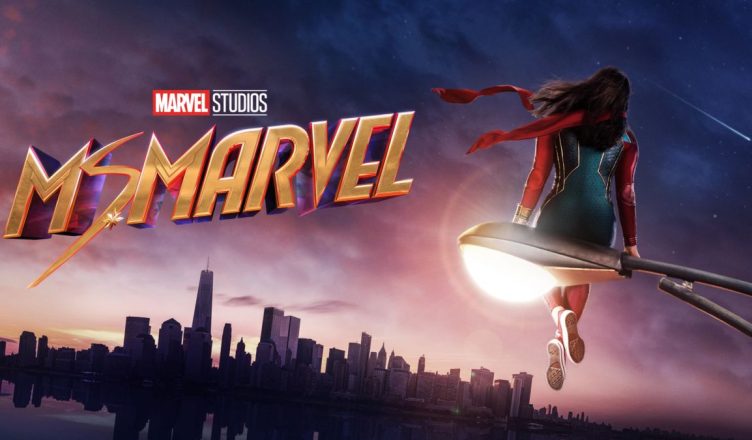 On June 8, the first episode of Ms. Marvel debuted on Disney +, a brand new series of the MCU that tells in six episodes the genesis of the Muslim superheroine Kamala Khan, played by Iman Vellani.

Kamala is a Pakistani outsider teenager who grew up in Jersey City. Passionate gamer and tireless writer of fan-fiction, as in the comics Kamala is a huge fan of superheroes, especially she is the number one fan of Captain Marvel. She would like to be like her, or rather, she would like to be “noticed” by her family and at school, but she can’t, remaining a Jersey City outsider with few friends. A fate very similar to that of Peter Parker.

Ms. Marvel, a teen drama in the MCU

The first episode of the series opens with the voiceover of Kamala who tells, through a fanmade video on his youtube channel Sloth Baby production, the historic battle of the Avengers against Thanos. Kamala highlights with great emphasis how Captain Marvel was in her opinion fundamental to the victory, also trying to explain why the superheroine later left the Earth.

The incipit of Ms. Marvel immediately sets the tone of the series clear, which winks at the language of social media and teen drama. In fact, the youtube channel and the overwhelming admiration for Captain Marvel form the mask behind which Kamala hides from everyday problems: the girl feels invisible, both at school and at home, is continually bullied, especially in sports activities, and is often reprimanded by the professors and the principal. She has only one friend, the highly intelligent Bruno Carrelli, and she must abide by the strict rules imposed by her culture and her family.

Kamala would like to be free and courageous just like Captain Marvel. The girl summarizes the traits of a generation at the mercy of fears, anxieties, torments, finding an ideal refuge in the absolute dream of superheroes. Those mythical figures who, in Earth 616 of comics and cinema, are the tangible hope to cling to when things don’t go for the best.

In the first episode of Ms. Marvel, Kamala wants to participate in a Captain Marvel cosplay contest, which will be held at the AvengersCon convention, but the girl’s parents are against letting her go to the event. Thanks to the help of her older brother Aamir, her parents are persuaded to send her to the convention only if Kamala agrees to go there with her father, with his homemade hulk cosplay.

The young protagonist refuses the offer, because she is afraid of making a fool of herself in that way. Her refusal deeply hurts her parents. Kamala is therefore forced to devise a foolproof plan to go to the event without being discovered, told to Bruno with a very Guy Ritchie-style editing.

Before the convention Kamala decides to give a personal touch to the costume, wearing a bracelet found in the grandmother’s gift box for her brother’s wedding. As Shang-Chi teaches us, an old family bracelet always hides superpowers.

The bracelet gives the girl magical powers, very different from those seen in the comics. In the comics Kamala is in fact inhuman, she acquires the ability to make her body elastic after coming into contact with the Terrigen mist. In the series, however, it is not yet clear what kind of power the future Ms. Marvel has acquired. From the images of the trailer and from the first episode it seems that the girl is able to manifest and give shape to a sort of cosmic energy, similar to that generated by the Shang-Chi rings.

Director Adil El Erbi explained why the powers of the series differ from those of the comics: “The producers were looking for her place throughout the MCU, linking it to other films and potentially other series.” In essence, they are sparing the body stretching powers as exclusive to Reed Richards in the upcoming Fantastic Four movie.

A choice that made many fans outraged, including myself.

Who is the villain of the series?

The first episode does not yet reveal who will be the antagonist of the series, but it does give us two clues. In the scene after the credits of the first episode we see two government agents watching a video of Kamala’s manifestation of powers during the convention and are interested in capturing her. I highly doubt that they could be the real antagonists of the series.

The second clue is instead an easter egg that would refer directly to a villain from the Ms. Marvel comics. As Kamala and Bruno talk atop a building with the New Jersey skyline behind them, an Edison Electric sign is seen right behind them. First appearing in 2014’s Ms. Marvel # 7, the Edison Electric building was the lair of the Inventor, Ms. Marvel’s first supervillain and the first of many incredibly strange adversaries she encountered.

Will he really be the villain of the series? We just have to wait for the next episodes to find out.

One thought on “Ms. Marvel: our review of the first episode”