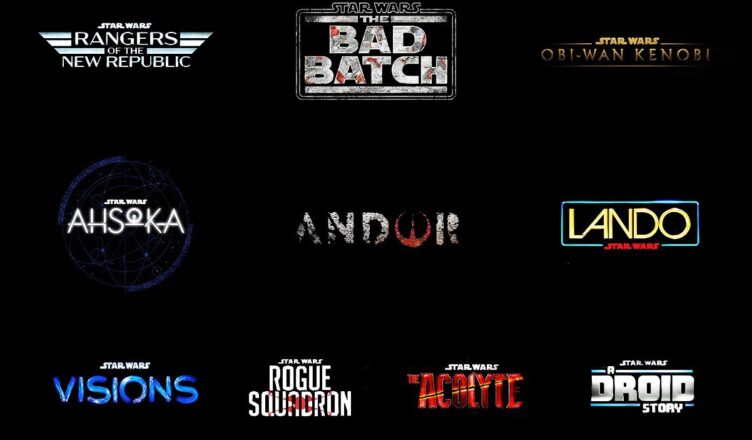 Disney has announced many interesting news about not only Marvel but also about Star wars. The chief executives Kareem Daniel has taken a long panel where he has announced many new shows for the Star Wars franchising that will be release on Disney+ in the next years.

Ahsoka, Rangers of the New Republic and The Mandalorian

After the incredible success of The Mandalorian that has been renewed for a third season, Disney has planned to realize two spin-off series linked to the adventure of the bounty hunter Din Dijarin played by Pedro Pascal. Dave Filoni and Jon Favreau are working on Ahsoka, a show about the character played by Rosario Dawson, the ex Padawan of Anakin Skywalker.

The character has appeared in an episode of the show The Mandalorian, “The Jedi”, receiving positive reactions from fans.

The two producers are also working on Rangers of the New Republic.

Both the series are settled in the same timeline of The Mandalorian and according to the producers there will be a cross over among the three series.

Andor, the prequel series of Rogue One: A Star Wars Story

The series dedicated to Cassian Andor will debut on Disney+ in 2022. It is a series composed by 12 episodes about the rebel general Cassia Andor played by Diego Luna. It is a spy thriller story settled before the events of the movie Rogue One: A Star Wars Story.

In the cast with Diego Luna, Adria Arjona, Denise Gough, Genevieve O’Reilly, Stellan Skarsgard, Kyla Soller and Alan Tudyk in role of the droid K-2SO have been confirmed.

During the panel at the Investor Day, a sneek peek of the series has been shared.

It is the most awaited series, Obi Wan Kenobi has been announced at the Disney Investor Day. Ewan McGregor will reprise is role of the Jedi master Obi-Wan Kenobi and along with him Hayden Christensen will be back as Anakin Skywalker/Darth Vader. The series will take place 10 years after Star Wars: Revenge of the Sith.

The co-producer of Lucasfilm Kennedy has announced the return of Christensen for the role of the Jedi/Sith Lord Anakin Skywalker/Darth Vader. McGregor has said to be happy to be able to work again with Christensen who has said that he is very excited to come back.

The creator of the Netflix Russian series Doll Leslye Headland will work on Star Wars: The Acolyte. It is a new project described as a mystery thriller show settled 200 years before the prequel trilogy, in the last period of the High Republic.

Under the guide of Justin Simien, a series dedicate to Lando Calrissian is in production for Disney+. The character has appeared for the first time in Star Wars: The Empire Strikes Back played by Billy Dee Williams and then in Solo: A Star Wars Story played by Donald Glover.

The return of Glover for the role of the smuggler friend of Han Solo has not been confirmed yet but for the fans he will come back for the series.

Not only tv series but also a movie is in production, Star Wars: Rogue Squadron. The movie will be directed by Patty Jenkins and will tell a story linked to the X-Wings pilots at the time of the Rebellion. The release date is scheduled for Christmas 2023.

Vision, A Droid Story and The Bad Batch

Among all the projects announced at the Disney Investor Day, there is Vision, a series of short movies that will celebrate the universe created by George Lucas through the perspective of the best Japanese anime creator.

The project seems to be very ambitious and it will debut in 2021 on the streaming platform Disney+.

Another project in production is A Droid Story, a special adventure with the droids R2-D2 and C-3PO will guide a new hero for now known. Maybe BB-8?

To conclude, Disney has also announced the arrival of The Bad Batch, a spin-off series of Star Wars: The Clone Wars. It tells the story of a group of unique and special clones while they try to find their path in a galaxy full of changes, right after the Clone Wars.

For those who do not know, the members of the Bad Batch are clones with factory defects, endowed of exceptional abilities that make them great soldiers.

Therefore, Disney has a lot on its plate and the expectations are very high. What project are you waiting for the most?