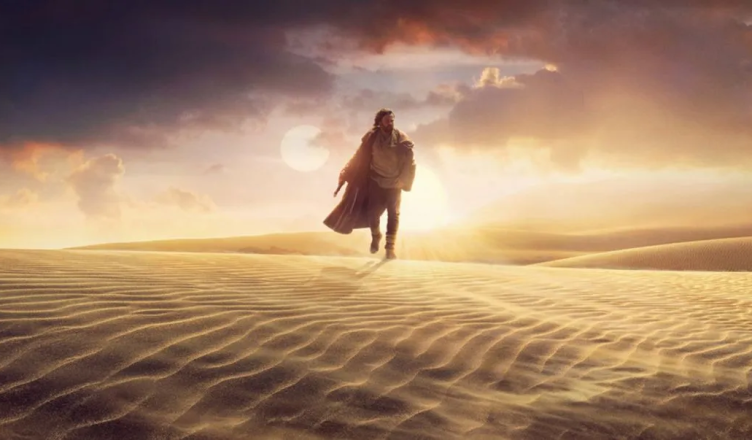 After a long wait, Disney has finally released the first trailer for the Obi-Wan Kenobi live-action series! The trailer did not disappoint, giving us a lot of emotions. In this article we will therefore analyze the various scenes, highlighting the most important details. But first let’s enjoy the trailer!

Obi-Wan Kenobi, the hermit of Tatooine

As in The Mandalorian and The Book of Boba Fett, we’re back on Tatooine, this time ten years after the events of Star Wars: Episode III – Revenge of the Sith. The first scene of the trailer shows Obi-Wan riding an eopie, a camel-like creature we first saw in Star Wars: Episode I – The Phantom Menace. the jedi’s mount could be Neda, the specimen that accompanies him in the story “Time to die” from the book “Star Wars: a certain point of view”.

We then see Obi-Wan walking the streets of a city, probably Mos Eisley or Mos Espa, and later working as a farrier on a construction site to keep a low profile.

A few moments later the magnificent Battle of the Heroes soundtrack starts, accompanied by Obi-Wan’s voice, which reads: “the fight is over, we have lost”. A clear reference to the end of the Clone Wars and the Order 66.

The trailer takes us back to the desert again, with Obi-Wan observing the Lars’ house from afar. Above the building appears little Luke Skywalker, who imagines he is piloting a spaceship. The future Jedi wears a pair of glasses similar to the ones Anakin also wore as a child in Episode I. A beautiful connection between father and son, who both shared the dream of becoming pilots.

Obi-Wan continues to watch over Luke. Then the narrative voice of the protagonist concludes the scene with the sentence, “Stay hidden”. A reference to the message recorded by the master in Episode III to warn all the surviving Jedi of Order 66.

The dark side of the Force

The tranquility of the trailer is interrupted by the Duel of the Fates soundtrack shot at full blast. While we enjoy the musical notes of John Williams, we are catapulted into the aquatic world of Nur, the moon of the Mustafar system on which the Fortress of the Inquisitorius is present, which appeared for the first time in the videogame Jedi: Fallen Order.

Around a table we see the Third Sister, a new inquisitor named Reva played by Moses Ingram. Together with her the Fifth Brother, already appeared in Rebels and played by Sung Kang, and another inquisitor whose identity is still unknown.

First introduced in the Rebels animated series, Inquisitors are acolytes of the dark side, recruited from scratch or former Jedi knights or padawans corrupted by the Dark Side. Trained by Darth Vader, they are sent across the galaxy in search of the remaining Jedi. Among their duties was also to capture any political dissidents and to kidnap children sensitive to the Force.

The scene on Nur is accompanied by the voice and appearance of the Grand Inquisitor, played by Rupert Friend, who reads: “the key to capturing the Jedi is patience”.

The inquisitors land on Tatooine in search of information. Without hesitation they hang a citizen. We then see Reva pointing to the crowd with the lightsaber. Among the people is Owen Lars, the uncle of Luke Skywalker, played by Joel Edgerton, who played him in the prequel trilogy.

The great inquisitor returns to be heard, stating that “the Jedi are what they are, their compassion leaves a trail; The Jedi code is like a second skin, it cannot take it off”. The inquisitor is certainly on the trail of the Jedi master. The scene ends with the arrival of the imperial officer played by actress Indira Varma.

On the trail of Obi-Wan Kenobi

The focus then shifts to Daiyu, a Cyberpunk-looking planet, very similar to the slums of Coruscant. The Third Sister surveys the city from above a roof. Both Obi-Wan and the inquisitors are present on this planet, along with the stormtroopers, but we don’t know why.

We see the Grand Inquisitor draw his rotating lightsaber as he interrogates someone and Reva touches the Jedi symbol etched on a wall. Then follow some fighting and stand-off scenes between the Jedi master and the inquisitor. However, we do not see the protagonist using his lightsaber, but a blaster gun very similar to Han Solo’s DL-44.

The last scenes are accompanied by the text “between darkness and defeat hope survives”. The trailer then ends with a close-up of the Jedi master and the breath of Darth Vader in the background, all accompanied by the Battle of the Heroes and Anakin’s Dark Deeds soundtracks.

This first trailer blew us away. Expectations were high and have already paid off. We therefore expect a quality level equal, if not superior, to The Mandalorian, because Obi-Wan Kenobi limited series “has the high ground”.

Finally, remember that the series will land exclusively on Disney Plus on May 25th. Until then we just have to be patient and wait for the next spectacular trailer.