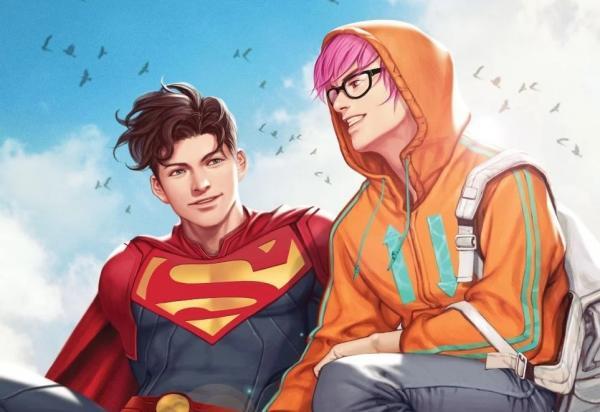 On US National Coming Out Day, DC Comics surprises everyone by announcing that the new Superman Jon Kent is bisexual. In the next issue of “Superman: Son of Kal-El # 5”, the son of Clark Kent and Lois Lane will start a romantic relationship with reporter Jay Nakamura.

DC Comics has therefore decided to make Superman part of the LGBTQ + community and he is not the only one. In a previous article, we had in fact told you about the new Captain America Aaron Fischer. Tim Drake’s Robin has also announced he is bisexual. Other examples are Batwoman, Harley Quinn and Alan Scott, the first Green Lantern.

Tom Taylor, who wrote the next issue with drawings by John Timms, commented: “I have always said that everyone needs superheroes and everyone deserves to be reflected in their heroes. And I’m glad DC and Warner Bros. share this idea. The Superman symbol has always represented hope, truth and justice. Today, that symbol represents something more. Today, more people can feel represented by the most powerful superhero in comics ”.

Both Taylor and Timms are already known for their work on Harley Quinn comics, the first openly bisexual character Taylor ever wrote.

Jonathan Kent is the 17-year-old son of Clark Kent and journalist Lois Lane. The young hero possesses the same powers as his father and wears the Superman cloak while the man of steel is engaged on a mission in space for an indefinite period of time.

The relationship between the new Superman and the reporter Jay Nakamura will be very special. Jay won’t be the classic “damsel in distress” because he has powers. “This means that, of all the people in Jon’s life, Jay is the only one who doesn’t need protection,” explained writer Taylor. “It means their relationship is equal, built on mutual support.”

DC creative director Jim Lee commented on the coming out decision: “We couldn’t be more proud to tell this important story than Tom Taylor and John Timms. We often talk about the power of the DC Multiverse in our storytelling and this is another incredible example. We can see Jon Kent explore his identity in the comics as well as on TV exploring his family secrets in Superman & Lois. They coexist in their worlds and our fans can enjoy them together ”.

Superman: Son of Kal-El # 5 will be available in the United States starting November 9.