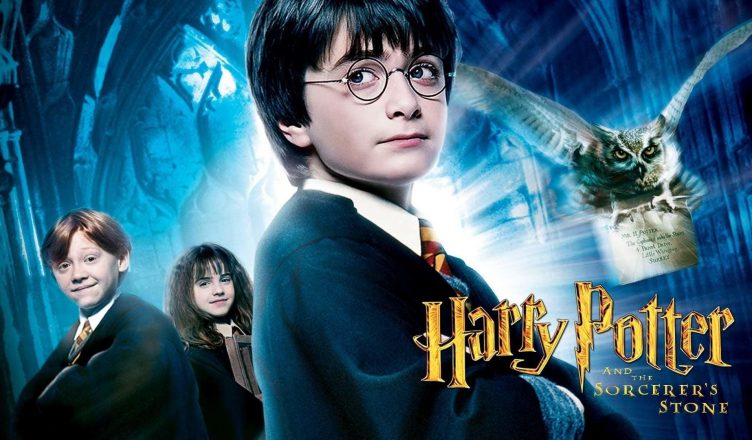 September 1st is a special date for Harry Potter fans. A new school year stars at Hogwarts School of Witchcraft and Wizardry and hundreds of students are sorted in one of the four houses.

Every year fans celebrate the immaginary departure for the magic school sharing through the social media their love for the saga written by the british author J.K. Rowling . The saga includes 7 books which have thrilled milions of children all around the world and that have been transpotted in 8 movies by Warner Bros.

The first movie, Harry Potter and the Philosopher’s Stone, was released in 2001. it was directed by Chris Columbus, witten by Steve Kloves with Daniel Radcliffe, Ruper Grint and Emma Watson as rispectively Harry Potter, Ron Weasley and Hermione Granger. It was really successfull with a boxoffice of more than 900 millions of dollars.

J.K. Rowling was offered the role of Lily Potter in the scene of Harry in front of the the Mirror of the erised. However, the british author turned down the offer, she didn’t believe to be a good actress and was afraid to mess up the thing. So, the role of harry Potter’s mum was assigned to Geraldine Margaret Agnew-Somerville who paled her for the entire saga.

J.K Rowling has followed the development of the movie saga personally, making some requests. One of them was that the actors should be british or irish. Indeed Daniel Radcliffe, Emma Watson and Rupert Green are british like Tom Felton and Alan Rickman. Many other actors of the movies are irish.

In particular, Alan Rickman was personally choosen by the british author for the role of Severus Snape. She gave him some yet unrevealed details about the character’s backstory.

Who read the book knows that Harry Potter has green eyes and Hermione has big front teeth. The director and the creators of the movie wanted to stay true the book descripition of the characters. For this reason, they gave Daniel a pair of green contact lenses and Emma fake teeth. Unfortunately, Daniel had an allergic reaction to the lenses and Emma could’t talk properly with the fake teeth so the idea was abandoned.

Unlike what we can think, in the Harry Potter franchise not everything is realized with CGI. Indeed, many effects were realized thanks some “tricks”.

Regarding to Harry Potter and the Philopher’s Stone:

THE WAND CHOOSES THE WIZARD

In the scene where the wand chooses Harry as his owner, the magic effect is not a special effect. In the scene, a light appears behind Harry, the wind blows, the dust moves and the candels flickes. Everything is realized in a pratic way, recorded and speeded up to give the impression that the world around the younh wizard is reacting to the magic.

The real life size chess of the game scene at the end fo the movie are real. It is a real set with real life size builded chess. More over, the explosions are not real, it is only pressurized air. Indeed, controlled explosion couldn’t be used near such young actors so the creators opetd for this solution.

THE DEVIL’S SNARE IS A PUPPET

Creating in CGI the dark creature would have been very expensive for the production so it was created in a puppet version for the scene where Harry, Ron and Hermione fall over it, after escaping from Fuffy, the three headed dog.

These are only three of many other examples of “Tricks” used to save money not only for the first but for all the movies of the saga.

It is a deep story with themes that goes from love to friendship, from fighting to sacrificing, from surviving to growing. A story that has become a myth, part of the pop culture. J.K. Rowling was able to create an immaginary and at the same time realistic world. The magic of Harry Potter was able to overcome the limit of the paper and the screen, enchanting both children and adults who would be joyful in the same way if one day they found the famous letter of the School of Witchcraft and Wizardry

And You? Have you received your letter? Are you ready for the beginning of a new magical year at Hogwarts?