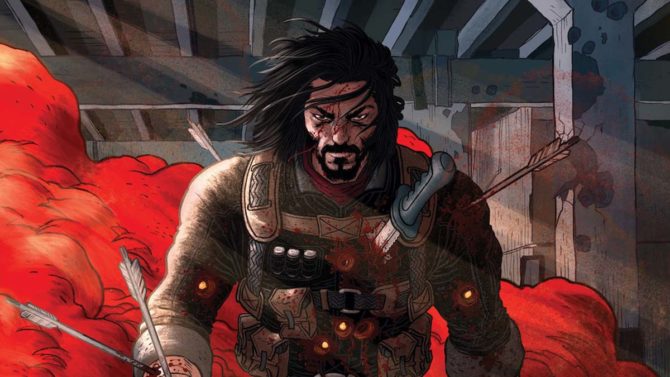 Keanu Reeves is not only the best actor in this universe, he is also the co-author, co-creator and star of the BRZRKR comic. After his comics debut, the actor plans to produce both a live-action film and an anime dedicated to his comic.

For the uninitiated, BRZRKR is a 12-issue comic written by Reeves himself (making his comics debut) and Matt Kindt (Folklords, Justice League of America). The illustrations are instead made by Marvel artist Ron Garney (Wolverine, Captain America). The ultra-violent comic is about a berserker known as “B”, an immortal who is 80,000 years old. Nowadays, he works for the United States government to discover the secrets of his life and how he can finally find eternal peace.

The BRZRKR comic has already been a huge success for BOOM! Studios since its launch on March 3. The first issue sold over 615,000 copies, making it the best-selling debut for the publishing house. Given the huge success of the comic, Keanu Reeves will star and produce the live-action movie of BRZRKR. The film will be released on Netflix and will be followed by an anime series, which will further expand the narrative universe of the comic.

At the moment, an official release date has not yet been announced.