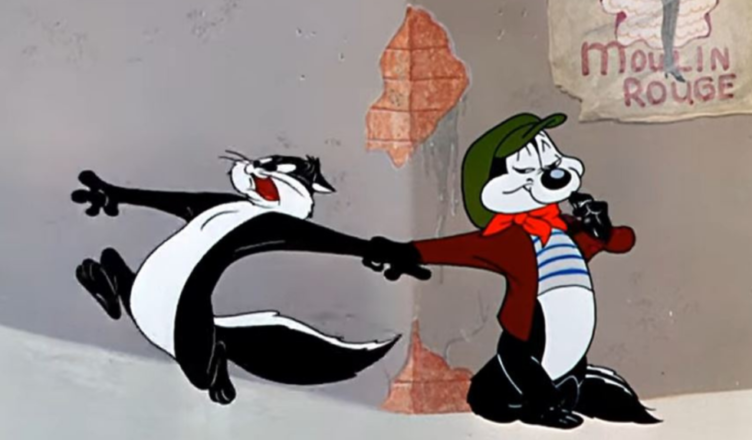 Pepé Le Pew, the famous french skunk of the Looney Tunes, will not appear in Space Jam: A New Legacy. The character was cut out of the film following allegations made by the New York Times. According to columnist Charles M. Blow, the skunk praises the culture of rape.

The journalist in the past had also criticized Dr. Seuss, a well-known American writer and cartoonist, and argued that exposing children to negative images (such as those proposed by Pepe Le Pew) shapes their perception and future behavior. Blow also cited Speedy Gonzales, the Mexican mouse of the Looney Tunes, as an example, arguing that racism is deeply rooted in American culture and the cartoon has fed it to young children.

After the NYT article, a debate was immediately unleashed on the web, characterized by mixed feelings.

Pepé Le Pew and the deleted scene in Space Jam: A New Legacy

A scene involving actress Greice Santo and Pepé was shot in June 2019 by Terence Nance, the film’s first director. However Warner Bros decided to remove it due to recent events.

The scene was set in a sort of Rick’s Café in Casablanca, and was in black and white. Pepé was the bartender and courted a woman (Greice Santo): he kissed her arm and she pulled him back, then he sat beside her and she poured him a drink. Due to a slap, the skunk started spinning on the stool and was stopped by LeBron James. The basket champion and Bugs Bunny are looking for Lola Bunny, and Pepé knows where she is. At that point he reveals to the two that Penelope Kitty has had a restraining order issued against him, and that he has learned that “Pepé cannot touch other cartoons without their consent”.

Greice Santo is an activist in defense of women and did not take well the news of the cut of the scene, because in it the skunk finally found a woman able to stand up to him. A spokesperson for the actress said:

It was really important for Greice to be in this movie. Although Pepé is a cartoon, if there is anyone who would have liked to slap a harasser like him it is Greice. Now the scene has been cut, and she won’t have the power to influence the world and the new generations who watch Space Jam 2, showing boys and girls that Pepé’s behavior is unacceptable.