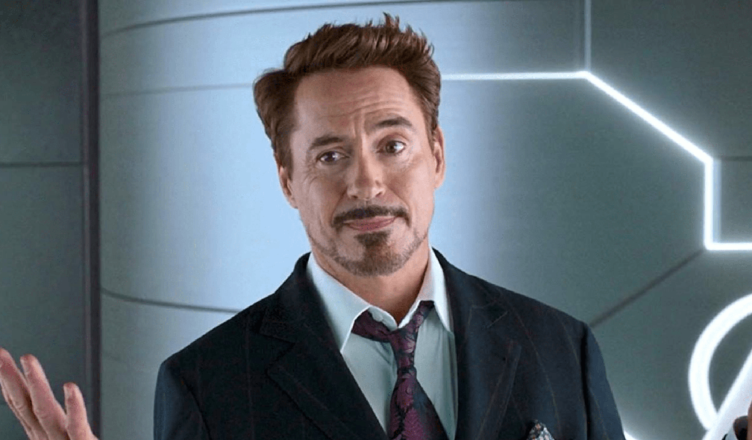 Everyone knows Robert Downey Jr. as the millionaire, playboy and philantropist of the Marve Cinematic Universe.

1965 Class, with a complicated past that makes him very similar to his Marvel character, Downey Jr. started acting since he was five years old in the 1970 movie Pound directed by his father Robert Downey Sr. In 1996 his career is at risk due to drugs problem, solved as he himself has revealed thanks to Burger King.

In 2008 everything changes, thanks to Jon Favreau Downey Jr. gets the role of Tony Stark in the movie Iron Man. The movie has a great success and it marks the beginning of the first phase of the most ambitious transmedia storytelling project that has lasted for 10 years.

In his career, as well as the armored hero, RDJ has played many other great roles. In this article, we recommend you 10 movies to watch if you are a fan of the eccentric actor.

It’s a romatic comedy film directed by Emile Ardolino. The main song of the movie is After All performed by Cher and Peter Cetera (ex leader of Chicago).

Louie Jeffries (Christopher McDonald), a young lawyer, dies for a car accident leaving his beloved wife Corinne (Cybill Shepherd) and her not yet born daughter Miranda (May Stuart Masterson). In heaven, Jeffries escapes to come back to earth before he could have an injection to forget his past life. He reincarnates in a baby Alex Finch (RDJ).

Alex, after graduating, comes to the town where Jeffries lived and at the university he meets Miranda. Alex and Miranda get close and after a while she decides to introduce the guy to her mother and her step-father Philip (Ryan O’Neal). In his old hose, Alex starts to remember his past life and things get complicated.

It’s a biographic and dramatic movie directed by Richard Attenborough and it is based on the autobiography wirteen by Chaplin himself and the biography written by the critics and film scholar David Robinson,

It is a fictionalised biography of the english comedian Charlie Chaplin, played by Robert Downey Jr. who for the role received an Oscar, BAFTA, Golden Globe and Chicago Film Critics Assosiation Award nomination as Best leading actor. He also won the London Critics Circle Awards as Actor of the year.

The movie, a fantasy romatic comedy, is direct by Ron Underwood and includes a cameo of B.B King. For his role, RDJ has won a Saturn Award as Best Actor.

In 1959, due to a bus accident four people dies. Penny (Alfre Woodard) is a single mother with three childern, Julia (Kyra Sedgwick)is a young weitress, Harrison (Charles Grodin)is a beginner singer afraid to sing in front of a public and Milo (Tom Sizemore) an apartament thief.

These four people links to a baby, Thomas Reilly, who borns in the car in that moment. They become his guardian angels and imaginay friend and stay by his side until his parents start to think that the kid has a problem. So, they decide lo leave the kid becoming invisible.

Years later, Thomas is a young man (Robert Downey Jr.), the four ghosts discover that they have few time to solve their pending issues. Indeed, whed they died, no one warned them to use the kid to solve their issues. So, they decide to reveal themself to Thomas again to get his help. The young man, after a moment of shock, decides to help them, getting in a lot of troubles.

The movie is a romantic comedy directed by Norman Jewison.

Faith Corvatch (Marisa Tomei), at the age of 11, asks her spiritual guide who will be her life love, at the age of 14 she receives from a fortune teller the same response: Damon.

She spends a lots of years searching for this man until she decides to abandon the task and get married. One day, a call from a man named Damon arrives. Faith decides immediately to find the man and leaves. She finds him in Italy, he is a shoe rapresentative.

Damon Bradley doesn’t exist really and the girl understands that is the heart chooses the twin soul.

Teh movie is a comedy for families directed by Brian Robbins and distribuited by The Walt Disney Company . It’s a remake of teh 1959 movie Shaggy Dog directed by Charles Barton.

A serum turns the deputy prosecutor Dave Douglas (Tim Allen) into a dog. Everything begins when the man is entrusted to deal with the case of a scientific laboratory where animal experiments happens. He gets infected and turns into real dog. As a dog, he can do what he counldn’t do as a man, stay with his family, his wife and children. However, to come back to normal, he has to expose the scientific laboratory directed by Doctor Kozak (Robert Downey Jr.).

Thriller directed by David Fincher, settled between the 60s and 70s. It talks about the story of the socalled “zodiac killer”.

A mysterious assassins attacks young couples, always killing the woman and hurting the man. After an attack, the assassin gets in touch with the police and reveals to them some details and clues. The killer also sents always to the San Francisco Chronicle an envelope including a letter where he threatens to commit an omicide if the newspaper won’t give him space to him. The case draws the attention of two journalists, the eccentric Paul Avery (Robert Downey Jr.) and the comics expert Robert Graysmith (Jake Gyllenhaal) who want to find the identity of the killer.

The english director Damian Cockburn (Steve Coogan) is directing a kolossal about the Vietnam war, inspired to the memories of the veteran John ‘Clover’ Tayback. Pressed by the producer Les Grossman (Tom Cruise), Cockburn decides to shorten the times and makes the film shootin more realistic and natural.

So, the director leaves the star Tugg Speedman (Ben Stiller), the plurirewarded Kirk Lazarus (Robert Downey Jr.), the comic actor Jeff ‘Fats’ Portnoy (Jack Black), the rapper Alpha Chino (Brandon T. Jackson) and new cinema star Kevin Sandusky (Jay Baruchel) in the middle of a Vietnamese forest, without knowing that the place choosen is under the control of the criminal band Flaming Dragon. Soon, reality and fiction start to mix, involving the group of the actors in an epic adventure.

Movie dedicated to the famous detective born from the pen of Sir Arthur Conan Doyle, directed by Guy Ritchie.

In the Londo of 19th century, Sherlock Holmes (Robert Downey Jr.)and his partner Dr. John Watson (Jude Law) catch Lord Blackwood (Mark Strong) who performs magic rituals where he sacrifices young women. Blackwood is hanged for his crimes. After some time, his graves is destroyed, the guardian claims to seeing the Lord comes out from it and go away. Holmes and Watson has to investigate.

Peter Highman (Robert Dowey Jr.) is an architect who has to comeback to Los Angeles for the birth of his first son. Unfortunately, he is included in the no-fly list. His baggage is indeed exchanged with that of another passenger Ethan Tremblay (Zach Galifianakis). Without documents, money and baggage, Peter has to accept Ethan’s help to come back in time. Due to Ethan, during the journey, Peter gets in a lot of troubles.

Dramatic movie directed by David Dobkin which follows Hank Palmer (Robert Downey Jr.), an affirmed lawyer, who comes back in his native town to pay omage to his deceased mother. Due to the conflictual relation with his father, Hank would like to leave forever but he is forced to change his plans because his father is framed for murder. Hank wants to defend his father but soon old unsolved issues comes back and makes his job harder. Moreover, the lawyer of the prosecutor’s attorney wants to put the man in jail at all costs.

If the titles included in this list aren’t enought, here is the complete filmografy of RDJ. Enjoy the vision!