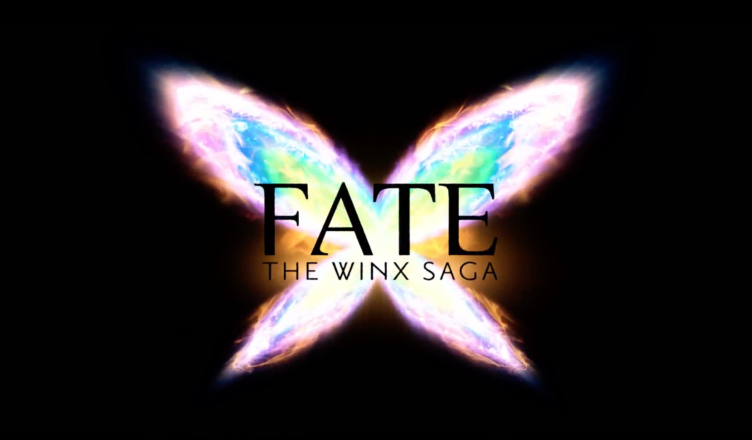 On January 22nd 2021, the new series Fate: The Winx Saga has been released. It has been created by Brian Young and produced by Archery Picture in association with Rainbow for the streaming platform Netflix.

We have watched it and in this article, we are going to talk about our impression about it.

Fate: The Winx Saga is based on the animated Italian series of Winx Club created by Straffi e produced by Rainbow in co-production with Rai and Nickelodeon.

The animated series, aired between 2004-2019, tells the story of Bloom, a 16 years old girl who discovers to be a fairy.

To learn how to control her power, Bloom enrolls to the Alfea Academy for young fairies, placed in the magic world of Magix where humans are not allowed. During her time in the school, Bloom meets and befriends with Stella, Flora, Musa, Tecna e Aisha. Together the group of fairies forms the Winx Club e faces different adventures in order to protect the magic dimension. With them there will also be some warriors called specialists.

Fate: The Winx Saga is an fantasy English and Italian series that tells that, hidden in the magic world called Other World, there is Alfea an academy where young fairies are trained since millions years.

Bloom, a young fairy, arrives at the academy. She is different from the other students because she was born and raised on earth. Bloom hides inside her a great power and in order to learn how to control it and to discover the truth about her past she enrolls to Alfea.

In Fate: The Winx Saga many of the original characters appears but they are different from their animated version.

Bloom, played by Abigail Cowen (Dorcas in The Chilling Adventures of Sabrina) is a 16 years old girl who comes from Gardenia. One day she lose control of her power and hurts her mother. After the accident, Found by Fara Dowling, she decides to enroll to Alfea to learn how to control her power and to discover who she really is.

Indeed, Bloom has been adopted, she is a changeling. A changeling is a baby fairy who has been exchanged with a baby human.

In the series, like her animated version, Bloom is determined to find who she is and to be able to control her power. She is afraid to lose control and hurts her beloved ones. In both the versions, she is found by the principal of Alfea who convice her to enroll to the academy.

In the animated series become immediately Stella’s friend and share the room with Flora.

In the live action instead, Stella at the beginning doesn’t like Bloom and Flora has been replaced, at least for now, with Terra, her cousin.

Stella, played by Hannah van der Westhuysen, is a light fairy and the princess of Solaria, the world where Alfea is placed.

In the Netflix adaptation, Stella appears as egocentric and snob. However, during the series we discover that her behavior is a mask that she wears to hide her insecurity and fears. She is indeed afraid to not be able to fulfill her mother’s expectations, Queen Luna.

Moreover, in the live action she is jealous of Sky, her ex boyfriend who is charmed by Bloom from their first encounter.

In Winx Club instead, Stella appears sunny and a bit frivolous but always ready to help her friends. She becomes Bloom, Flora, Musa and Tecna’s friend and she is in a relationship with Brandon, Sky’s best friend. Tecna and Brandon have not appeared yet in the Netflix adaptation.

Musa is played by Elisha Applebaum. In the Netflix series, she is a mind fairy. Empathic and extrovert, she can feel the thoughts and moods of everyone. In order to isolate herself and to have a little pace, she often wears a headphone. During the series, she develops a secret relationship with Sam, Terra’s brother.

In the animated series, Musa is a music fairy. She appears as an Asian girl and has a relationship with Riven.

Aisha, played by Precious Mustapha, is a water fairy. Her hobby is swimming and since their first encounter is immediately ready to help Bloom with who she share the room. She is one of the main protagonist from the beginning. In the animated series instead, Aisha appears only in the second season and shares the room with another fairy Francis. Moreover, she is the princess of Andros.

In Fate: The Winx Saga her reign is never mentioned neither if she is a princess.

Terra, played by Eliot Salt, is an earth fairy. She appears like a happy and sensitive girl but at the same time strong. During the series, she develops a crash on Dane, one of the new specialists of the school. Unfortunately, he will disappoint her because he will make fun of her with Riven for her weight.

She is Flora’s cousin, she has grown up in Alfea with her brother Sam and her father who is a teacher of the academy.

Sky, played by Danny Griffin, is the son of the war hero Andreas of Eraklion. He is the best specialist of the academy and he has been raised by Silva, the specialist trainer. Since their first encounter, he is charmed by Bloom.

In the animated series, Sky is the prince of Eraklion and for half of the first season he pretends to be his best friend and Squire Brandon.

In the Netflix adaptation, it is not clearly said that he is a prince but we can guess it from a conversation between him and Stella where he claims to know what means to be a royal one.

Riven, played by Freddie Thorp, is one of the specialist and Sky best friend. Rebellious and borderless he from the beginning attracted by Beatrix.

At the beginning Riven appears like a bully but during the series we discover that it is only a mask he has started to wear to survive in the school and not to bullied. He is indeed smart and he has changed his behavior to hide it.

In the animated series, Riven appears like his live action version rebellious and lonely. At the beginning, he feels to be in competition with Sky and becomes an ally of the Trix. He is indeed attracted by Darcy until he discovers that she has used him to get to the Winx.

Faragonda, played by Eve Best, in the Netflix adaptation becomes Fara Dowling and she is Alfea’s principal. She appears like a strong, mysterious and authoritarian woman. She has found Bloom in the human world and has brought her to Alfea. In the past, she was one of the students of Rosalind, the past principal of Alfea.

In Winx Club, Faragonda is a strong and wise fairy with a calmer and more comforting personality.

With the main original characters, in the live action adaptation we find new characters. The first one is Beatrix played by Sadie Soverall. She an air fairy and appears like an ambitious girl, passionate of Alfea’s history.

Dane, played Theo Graham is another new character. He is an unsure new specialist who let Riven’s personality influence him. He is indeed attracted by him.

Sam is played by Jacob Dudman is Terra’s brother and an earth fairy with the ability to pass through walls. During the series, he develops a relationship with Musa.

Other new characters are Saul Silva and Ben Harvey. The first one is the specialists trainer and Sky’s mentor, he is played by Robert James–Collie. The second one is Terra and Ben’s father and the botany teacher, he is played by Alex Macqueen.

As enemies, in the series appear the Burned ones, monstrous and skeletal creatures. They appear like a mix between the Cranks of the Maze Runner and the Boneys of Warm Bodies.

THE INCLUSIVITY IN THE SERIES

One of the aspects that is immediately recognizable in the series is the evident respect of the inclusivity principle. Inclusivity has become an important and essential principle in the production and in the character’s characterization. Examples of it are Terra’s aspect, Dane’s sexual orientation and the evident gender equality in the academy that is composed by fairies and specialists of both the genres.

THE STYLE AND THE SETTING

The shooting began in Wicklow, Ireland in September 2019 and ended on December 13 of the same year. The main locations of the first season were Ashford Studios in Ashford, where Vikings was also filmed, Killruddery House and Ardmore Studios in Bray. The setting of Fate: The Winx Saga is darker, the colors are not bright and lively as in the animated version. Alfea is very similar to that of the cartoon, it looks like a large castle with pink walls, blue roofs and a large garden surrounding the school.

As for the style, it has gone from a fairytale one, suitable for children, to a darker and more mature one.

THE ORIGINALITY IN THE SERIES

The series certainly does not lack originality. To justify the lack of wings, Principal Dowling explains that fairies have evolved to the point of not needing them. During the dialogue between her and Bloom, a dig is also thrown at the fairy Tinker Bell that Dowling claims to be an air fairy while in Disney’s imagination she is a tinker-talent fairy. Another element is the manifestation of their power. In the series it’s possible to understand when the protagonists use their powers from their eyes that change color. Also Bloom manages to “transform” by making flaming and indefinite wings appear.

The wings are very reminiscent of Touka Kirishima’s Ukaku-type kagune from Tokyo Ghoul. Another innovation is a changeling, a baby fairy that is exchanged at birth with a human baby. In the animated series Bloom was simply adopted after being saved from the flames by her father while in the live action they introduced this new figure.

The series has had a lot of criticism since before its debut. The fans of the cartoon have protested about many of the elements that have been changed but the live action, as specified several times by the authors, is only inspired by the animated series, creating an original plot for a young adult audience. Despite the prejudices and criticisms, it has met with great success that will perhaps lead to a renewal.