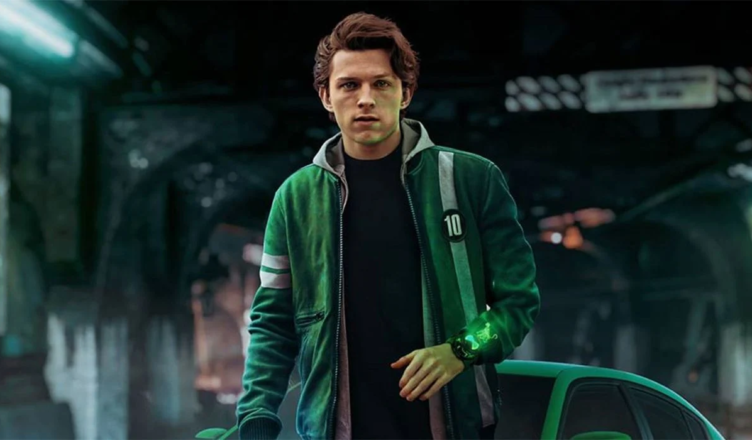 One of the favorite hobby of the fans all over the world is to create fan casting for future movies or tv shows. This time, the imagination of the fans worked on Ben 10, a popular american animated series for which they would like to have Tom Holland as the protagonist for a live-action.

Ben 10 is an animated american series, aired on Cartoon Network that follows the adventures of a young boy, Ben Tennison, who finds an alien watch that gives him the possibility to turn into 10 different aliens. It is a successful fantasy fiction story that has 3 sequels: Ben 10 – Alien Force, Ben 10 – Ultimate Alien and Ben 10 – Omniverse.

The face of Spider-Man of the MCU has been painted in a fan art as the young protagonist of the animated series. Indeed the fans would like to see him in a possible future live-action of the series. However, Tom Holland hasn’t shown interest for the role, commenting on Instagram with a nice and dry “no”.

Tom Holland, we remind you, will be busy this fall with the filming of Uncharted first and than Spider-Man 3. Meanwhile we can see him in the Netflix movie The Devil all the time of Antonio Campos.

Meanwhile fans would like to see Ben 10 on the big screen, we remind you that two live-action movies has been created for the TV.

The first is Ben 10 – Race against the time directed by Alex Winter and aired on Cartoon network in 29 November 2007 in USA . The story starts after the end of last season of the first animated series. Ben (Grahan Phillips), his cousin Gwen (Haley Ramm) and their grandpa Max (Lee Majors) come back home after the summer break to their daily life that is, unfortunately, turned upside down again by an alien.

The second is Ben 10 – Alien Swarm always directed by Alex Winter and aired on Cartoon Network in 25 November 2009 in USA and in 27 Novembers 2009 in Italy. This time, the story is settled during the sequels of the animated series. Ben Tennison is a teenager, played by Ryan Kelley (Jordan Parrish in Teen Wolf) and with his cousin Gwen (Galadriel Stineman) and an old enemy turned friend Kevin (Nathan Keyes, has to stop a crazy scientist who wants to mind control everyone through a swarm of nanotech bugs.

It is not a surprise if the fan wants a live-action movie of the animated series. Disney has started a live-action era, film adapting its old great classics with real actors. Ben 10 has been a really appreciated series and everyone would like to see its film adaptation for the big screen. espite it is just a wish that probably will never come true, the fans would like to have Tom Holland for the role of the protagonist. Maybe one day, we’ll see Ben 10 in theaters, maybe he will be played by Tom Holland or an another good young actor, never say never.