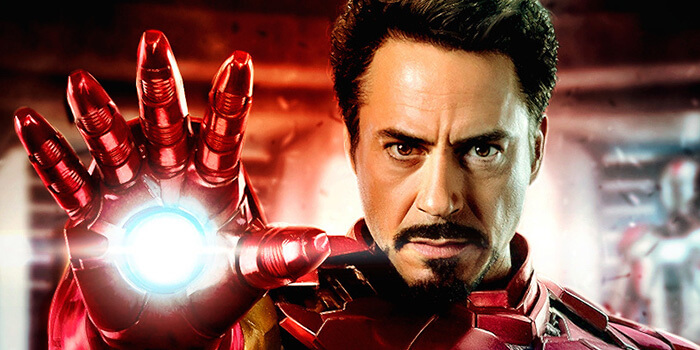 The Hollywood Reporter shared on its Twitter profile the video of the audition of te actor of 10 years ago for the role of the today well-known “genius, millionaire, playboy, philanthropist”. The shared audition consists in a scene with some differences of the first film Iron Man.

Iron Man was released in the 2008 and it has created one of the most articulated and profitable Franchise ever, which includes over 10 movies and different characters, everyone with his own story. Many stories intertwining each other like the wires of a clew, between theatre, television and printed paper.

Downey Jr has played one of the most developing character, who has turned from an eccentric and apparently selfish millionaire to a protector, or better an avenger of the world. He is the symbol of the American Self Made Man, of the man, or better of the hero who made himself, who was not born with superpowers but he has literally made them. 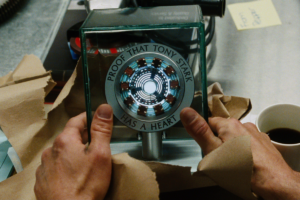 He is the “man of iron” with a human heart and maybe it is for this reason that millions of fans can recognised themselves with him. With the hero who is afraid, who wrongs, who changes after every single battle.

Iron Man is an armor created by a brilliant man around himself to protect and being protected. Made of gold and iron or smiles and jokes, it is the symbol of the barrier metaphorically created by everyone when the world became too difficult to live.

It is a shell, a mask that we wear to hide ourselves under the sunlight, which at the end is confused with our real ourselves. A mask that once removed, leaves those who know us wordless.

Steve: Yeah. Big man in a suit of armor. Take that off, what are you?

In conclusion, Robert Downey Jr could play skillfully a complicated hero with a complicated past, so similar to that of his real counterpart that we do not know anymore where one finishes and the other starts.

Tony Stark has been until now the protagonist of 3 stand-alone movie and he has appeared in other 5 movies. Now he is awaited for Avengers 4 that will be in theatres the next year. His future is not clear yet, but the actor has claimed in the past his availability to continue his adventure as a hero. We have no other choice to wait and see.

“So if I were to wrap this up tight with a bow or whatever, I guess I’d say my armor, it was never a distraction or a hobby, it was a cocoon. And now, I’m a changed man. You can take away my house, all my tricks and toys. One thing you can’t take away… I am Iron Man.”