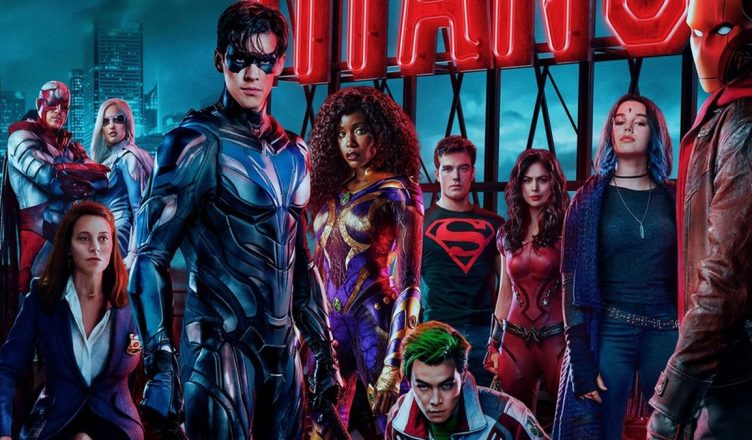 During the DC FanDome, a virtual event dedicated to fans of the DC Comics Universe, HBO Max revealed that Titans has been renewed for a fourth season. The trailer for the third season finale of Titans was also shown during the event. The season finale will air in the US on 21 October. Below is the trailer:

Titans: the words of Greg Walker

Series Executive Producer Greg Walker spoke in particular about the characters of Scarecrow and Batgirl.

The producer described Scarecrow as follows: “So much of our show is about becoming a family and the fears that people have as they grow older and get older. Crane seems to be, in many ways, a perfect villain in that he exploits fear. The human mind and heart become the battlefield. This is someone who’s working off your feelings, and your emotions, and that’s where we want to live. This is a learned psychologist who understands the human mind but also has a deep, dark vendetta to destroy people in a way that you need to be able to manifest as an actor – to find the broken and the mania. And [Kartheiser] handles both very well”.

Regarding Batgirl, Walker said instead: “In our story with Dick returning to Gotham – and Gotham is a huge character this season – it’s about sons and daughters, [and] stepping into the shadow of your parents,” said Walker. “Barbara is going to be conflicted by Dick’s arrival. Barbara’s feeling is that the legacy of Bruce and Jim has been this idea that she thinks is antiquated and inefficient: the God syndrome, meaning that superheroes create the situation where they’re the heroes. They drop in on a situation, solve it, and then they leave. And she feels that basically disempowers people from solving their own problems and that the people of Gotham need to figure out how to solve their own problems and not be passive victims waiting for a superhero to save the day”.

Obviously, there is still no official release date for the fourth season of Titans. Production of the series will most likely begin in the course of 2022. There will certainly be a wait until 2023 for the release.