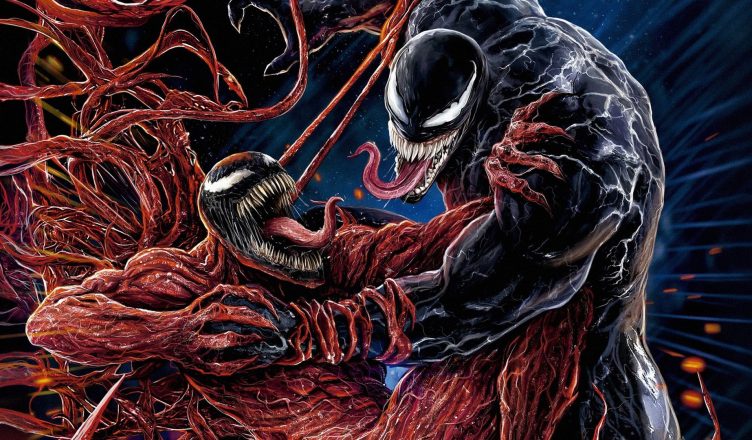 Three years after the first film, Venom – Let There Be Carnage has finally made its debut in the cinema, bringing back the adventures of Eddie Brock (Tom Hardy) and Venom. This time around the dynamic duo must face Carnage, one of the most ruthless and beloved villains by comic fans, played to perfection by Woody Harrelson.

The film was produced by Sony and directed by Andy Serkins, while the director of the first film, Ruben Fleischer, moved on to the role of producer. This time to get things right, good Tom Hardy also helped out with the script. The result? A very enjoyable cinecomic. Let’s see some details together.

“Don Quixote and Sancho Panza were two people with two different visions of the world. Sometimes they didn’t get along, sometimes they did “. The movie opens more or less like this, with Eddie and venom talking and arguing like the characters of Cervantes. Their first dialogue immediately makes it clear what will be the central theme of the film, as well as the funniest: the complicated relationship between the journalist and the symbiote that hosts in his body.

“Live in my body, live by my rules”, says Eddie, trying to keep Venom in check, who is always hungry and a much more impulsive character. Their exchanges are in fact the best thing about the film, much better than the fight with Carnage. Just think of the opening scene in the prison courtyard, where Venom, seeing many inmates exclaims: “this is an All You Can Eat!”.

Venom – Let There Be Carnage starts exactly from the end of the previous chapter. Eddie Brock meets in prison Cletus Kasady, a red-haired serial killer who has decided to open up to him. The homicidal maniac asks him a favor, in exchange he is ready to reveal to the journalist where his latest victims are buried, but asking him not to reveal to anyone else where they are. Eddie takes advantage, however, by spying for the police. Also, due to Venom’s impulsiveness, he can’t even complete the last interview with Kasady before its announced end. Cletus obviously doesn’t take it well.

For a variety of reasons (no spoilers) Kasady survives his execution, becoming the conduit for another alien symbiote, Carnage.

in the movie Cletus and Carnage act as the perfect nemesis and antithesis for Venom and Eddie. While the duo is busy solving their relationship problems, Cletus indulges in Carnage and the red symbiote becomes the protagonist of all the action scenes, sowing fear and violence throughout the city, fueled by Cletus’ desire for revenge and a sort of paternal hatred towards Venom.

It’s not easy to classify Venom – Let There Be Carnage. It starts as a buddy movie, then turns a bit on the sci-fi genre with some hints of horror like Alien, and finally whips everything with two incomplete love stories: the relationship between Eddie and Anne (Michelle Williams) and that between Cletus and Frances Barrison (Naomie Harris). The rest of the film is then peppered with comedic moments and a “damsel in distress” scene that smacks of already seen.

Perhaps the best thing is not to think too much about these technical details and enjoy the film for what it really is: lots of laughs and fun. Plus, the post-credit scene is worth the ticket price.