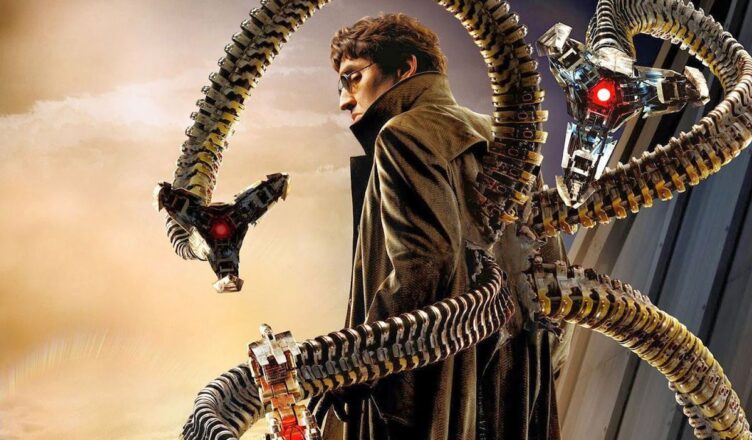 During an interview for Variety, British actor Alfred Molina confirmed his return as villain Otto Octavius in Spider-Man: No Way Home. The actor also gave some previews regarding the dynamics of his return in the Marvel Cinematic Universe.

During the interview, Molina spoke of the rumors that were circulating on the internet about his possible return as Doctor Octopus, definitively confirming his presence in the film:

When we were shooting it, we were all under orders not to talk about it, because it was supposed to be some great big secret. But, you know, it’s all over the internet. I actually described myself as the worst kept secret in Hollywood!

The actor, after confirming his presence in the cast of Spider-Man: No Way Home, told how it was to return to play the role of Otto Octavius:

It was wonderful. It was very interesting going back after 17 years to play the same role, given that in the intervening years, I now have two chins, a wattle, crow’s feet and a slightly a slightly dodgy lower back.

The return of Doctor Octopus

In Spider-Man 2, directed by Sam Raimi in 2004, Molina played scientist Otto Octavius, who was supposed to be a mentor to Peter Parker (Tobey Maguire). Due to a laboratory accident, however, he transforms into Doctor Octopus, so named for the famous four mechanical arms on his back.

The scientist’s obsession with trying to perfect his experimental fusion reactor leads him to collide with Spider-Man and Mary Jane (Kirsten Dunst), endangering the whole of New York City. In the film’s climax scene, Peter appeals to Otto’s good side, who decides to remedy his mistake: he destroys his own machinery by dropping it into the Hudson River, whose waters cool the core and deactivate it. In carrying out the gesture, however, the scientist is dragged to the bottom of the river and, theoretically, he drowns.

Jon Watts, the director of Spider-Man: No Way Home, revealed to Alfred Molina how his character would return to the big screen. The director has stated that “in this universe you don’t really die” and that the Doctor Octopus story will pick up exactly from the moment he drowned in the river, taking the reactor with him.

Spider-Man: No Way Home and the Spider-Verse

The presence of Alfred Molina in Spider-man: No Way Home seems to officially confirm the opening of the MCU to the Spider-Verse, as happened with the Sony animated film. In addition to Doctor Octopus, in fact, we will see the return of Jamie Foxx as the villain Electro, who appeared in The Amazing Spider-Man 2.

Given the circumstances, we just have to wait for an official confirmation of the presence in the film of the actors Tobey Maguire and Andrew Garfield, both former interpreters of Spider-Man.

The release date is set for December 17, 2021 and we are all waiting for the first trailer.