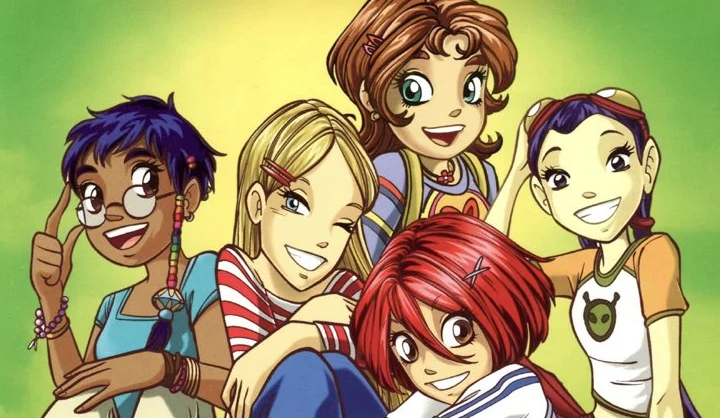 This year it’s W.I.T.C.H 20th anniversy and Disney has decided to celebrate it with a special volume with the best stories of the comics saga.

W.I.T.C.H is an italian comic created by Elisabetta Agnone, Alessandro Barbucci e Barbara Canepa and edited by Disney. Halloween is the name of the first volume of the W.I.T.C.H and it was released on 3 April 2001. It is 1 of the 139 volumes of the successful series. The last one was released in February 2012.

Initially, the idea was to created a suitable story for young pre-teen girls using the format used with PKNA – Paperinik New Adventure format. Indeed, Daisy Duck had to appear in the story. The idea was to put beside old and loved characters with new ones. However in the end, the story was completly changed and Donald Duck’s girlfriend never appeared.

The term W.I.T.C.H derives from the union of the initials of the names of the comic’s protagonists. Will, Irma, Taranee, Cornelia e Hay Lin are a group of 13 years old girls who discover, thanks to the grandma of one of them, to have some special powers linked to the natural elements (air, water, fire and erath) and to the energy. All of the are enclosed in a pendant, the Kandrakar Heart.

The W.I.T.C.H comic was a unexpected huge success with 20 milion of copy sold in over 50 countries, a real editorial and cross media case. Originally the series had to include only 12 volumes, the huge success made it expanding to 139. Morevoer, the success lead to the creation of an animated series, a videogame, a manga and a series of books and merchandising items.

Many factors favorited the W.I.T.C.H success, first of all is the identification of the young fangirls with the protagonists. The five protagonists of the comic are five normal girls. Each of them has a personality and distinct characteristics: miopia, braces, thinness or round cheecks. These are characteristics very common for every normal 13 years old girls. It was a very innovative characters representation for that years that allowed milions of young girls to identify with the protagonist of the story.

Another thing that favorited this identification is that Will, Irma, Taranee, Cornelia e Hay Lin have different etnicities and have normal aspects. Moreover, They are in a trasformative phase, that phase where everyone changes and turns in someone else. Their magic trasformation indeed are metephorical in this sense. The young heroines, thanks to their powers, turn into 5 brave and strong women, those who probably they will be in the future.

Another factor is the realism of the events of the story that unites normal everyday problems with problems relative to the earth safety. After all, at 13 years old every problem seems a life or death question and every ostacle seems to hard to overcome.

So, to celebrate the 20th anniversary of W.I.T.C.H, Disney has realized a special volume that includes 5 stories with the little witches. This volume is dedicated to the old fan, now grown up, and to the new ones.