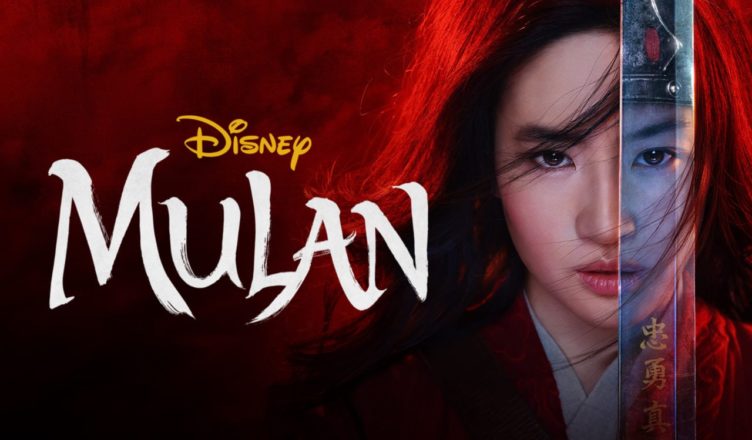 In September 4, 2020 the live action of Mulan, directed by Niki Caro, was released on Disney+ with an access VIP  at the cost of about 22$. This choice has made the fans all around the world to divide between those who considers it a right choice because this is the price of theater’s ticket for a family and who thinks that the price is too high and excessive to add to the cost of the subscription to the streaming platform.

We have watched the movie and in this new article, we are going to talk about our impressions and thoughts about the movie. Let’s go.

The live action version of Mulan has the same story of the classic movie of Disney. Mulan, played by Liu Yifei, takes her father’s place in the emperor’s army and in order to do so she pretends to be a man. She wants to avoid that her father, sick and old, could die in the war against the Hun invaders. The story is more close to the real Chinese legend of Mulan, then more realistic.

The live action of Mulan has a different style respect the others Disney live action movies. It is more serious and less imaginative in order to respect the Chinese culture and tradition and to make the movie more realistic. The soundtrack, composed by Harry Gregson Williams, has a strong impact. It is based on the songs of the classic animated movie, just in instrumental way. The song “Reflection” above all can be heard many times, in the most important moments of the story, creating emotion and engagement. Christina Aguilera sings the English version, she has been the singer of the song in the animated movie. The Chinese version instead is sang by the actress protagonist of the movie.

The costumes of the movie are really good and realistic. They are very similar to those of the animated movie. The General Tung’s armor (played by Donnie Yen) and Mulan’s dress for the encounter with the matchmaker are two examples. About the characters, all the characters of the classic has been introduced, even if in different forms. Li Shang has been replaced by Chen Honghui, a soldier of the same Mulan’s battalion, played by Yoson An. Cre-kee has a human form, he is another soldier named Cricket played by Jun Yu.

The dragon Mushu has became a phoenix, symbol of the cosmic duality represented by the concept of Ying and Yang. Moreover, new characters has been introduced such as Hua Xiu, Mulan’s sister, played by Susana Tang, and Xiao Lang (played by Gong Li), a witch shape shifter with a strong Chi. Chi is a sort of vital energy responsible for the equilibrium between mind and body, we have mentioned it in a previous article (here). In the movie, there are also Ming-Na Wen, known for her role of Melinda May in Agents of S.H.I.E.L.D and Jet Lee who plays the emperor.

The movie has been stringly criticized. Some of the critic regards the lack of songs, the director has said that the movie wouldn’t have been a musical because she wanted it more realistic but it would have respected the classic animated through the soundtrack. Another critic regards the style and the missing scene of Mulan cutting her hair. The style is different from the usual magical and fantasy style of the Disney movies because, as we have already said, the director wanted to realize a more realistic version of the story of Mulan. The scene of Mulan cutting her hair is meaningful in the animated classic because it represents her will to cut from the tradition that wanted her only as a wife.

It has been replaced in the live action with the scene where she unleashes her hair on the battlefield. Another powerful gesture that means that Mulan has accepted her destiny and her role as a warrior.

In both the movie, we can be seen a certain feminist shade, a reference to the so called Girl Power, the strength inside every woman to be free to be whoever she wants. This is true but there is also another possible lecture, above all if we consider the concept of Chi, the vital energy previously mentioned. Someone has criticized the decision to introduce this concept as if it was a superpower and the protagonist was some sort of mutant or X-Men. Actually, metaphorically, that power can be seen as the will or the strength inside every person, an ability that for some reason is kept hidden. We keep it hidden maybe because we are afraid, like for Mulan, to be judged. Instead we should to have the courage to use it.

Mulan live action is more complicated than the other live action movies with various shades, able to achieve all the public, adults and kids, and to make them think. The finale is open for a potential sequel and it seems that Disney wants to realize it. We can assume that, given the differences between the classic animated and the live action, story of the sequel will be different from the sequel of the Mulan of 1998. Maybe the relationship between Mulan and Chen Honghui and the destiny of the warrior in the emperor’s army will be deepened as the power of Chi.

So Mulan live action has made itself the object of many discussions and it seems it has led to an increase of the subscriptions to the streaming platform of Disney. We will see what will be its destiny.