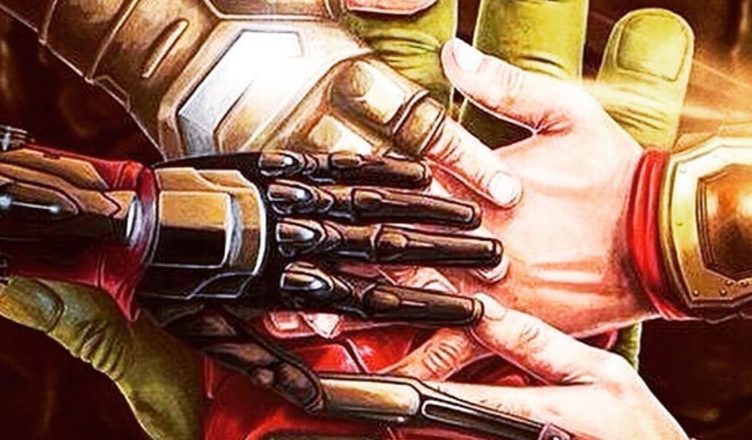 In this way Bruce Banner defined the newborn group of heroes in the 2012 film of Avengers. SteveRogers, TonyStark, Natasha Romanov, Clint Barton, Thor and Banner himself were not the Avengers yet and using the genius millionaire playboy philanthropist words it takes them a while to get any traction. However, working in a team is not easy, everyone has his/her own way to do things, his/her way to see things and often it is needed to accept compromises. Sometimes, the bonds among the members are not strong enough to guarantee the group’s union. In this article, we are going to talk about what many sociologists consider the reason of the birth, survival and death of many societies, nations or groups, that is the social solidarity. The Avengers story, in the way it was told on the big screen, offers some food for thought about the topic that is very complicated on its own, and that here we have tried to simplify

SOLIDAIRTY: ONE FOR ALL AND ALL FOR ONE

Today the notion of solidarity has many different meanings and ways to be used, which have led to the distinction between a simple and a more complicated definition. For the first, solidarity is “the capacity of the members of a society to act towards others like a unique subject”. For the second, it is “the capacity to make equal for everybody the membership to a determined society”.

In each different definition of solidarity, it is possible to identify some common elements such as: social equality and common acting.

The Avengers birth is an example. The group of the mightiest heroes of the earth was born to defeat Loki. So their union and solidarity was born to contrast a common enemy, the God of Mischief burdened on the earth with glorious purposes.

“There was an idea, Stark knows this, called the Avengers Initiative. The idea was to bring together a group of remarkable people, see if they could become something more. See if they could work together when we needed them to to fight the battles we never could.”
(Nick Fury – The Avengers)

Other than this, many other conceptions of solidarity have wafted. These ones do not consider the presence of a social counterpart and belongs to different authors such us Auguste Comte who consider the solidarity such as synonymous of cohesion and social integration.

Regarding the origin of the term, it was identified in France in 17th century where the solidarity has a definition translatable in the Musketeers slogan one for all and all for one, that means mutual responsibility.

The term solidarity has been also associated to that of equality and fraternity and it has evolved with the historical events.

An important role in the development of sociology and in the study of solidarity was played by the French sociologist, anthropologist and historian Emile Durkheim. He considered the solidarity, like Comte, as synonymous of social cohesion. It was like a bond among the members of a society that wasn’t just rational but it was also determined by the collective consciousness. He identifies two type: a mechanical solidarity typical of the simplest society, based on the similarity among people due to the fact that in the society everybody act in similar ways and no one is different and an organic solidarity that emerged when the society becomes more complicated and the people become specialized and different, it is based on being interdependent, needing each other, being part of a unique big organism.

The Arabic sociologist Ibn Khaldun is a forerunner of the theories of Durkheim and the modern sociology. His concept of social solidarity is well explained by Helmut Zemo’s words in Captain America: Civil War.


“An empire toppled by its enemies can rise again. But one which crumbles from within? That’s dead… forever”
(Helmut Zemo – Captain America: Civil War)

A MATERIAL DEFEAT HAS NEVER CAUSED THE END OF AN IMPIRE

Khaldun is considered one of the forerunner of the modern sociology, father of the historiography and one of the first economist. He lived between the 1332 and 1446 in Maghreb. He claimed that a nation’s success was determined by the Arabic concept of asabiyyah, that is the social solidarity.

In the origin, the term was used to indicate the familiar bonds establishing in a clan or a nomadic tribes. Then the development of the civilization made it indicating a sense of membership, of common purposes, generally translated in “solidarity”. For the sociologist, the asabiyyah became weak with the time due to the society’s growth and aging and the impairment of the civilization.

Khaldun considered that the end of a nation wasn’t determined by a material defeat but instead by a psychological defeat, the disappearance of the social solidarity. Now  the sociologist’s words, which are the title of this paragraph, should be clear. They remind us the words of the enemy strategist of the Avengers in Captain America: Civil War and explain his purpose: a simple defeat would have not caused the Avengers division. The breaking of bonds, of social relations, the lost of the sense of membership and the common vision would have caused it.

In a nutshell, how the Arabic philosopher and Zemo claim, a society, a nation or a group, doesn’t crumble for a simple material defeat but if what keeps them united disappears, that is the social cohesion, the participation, the civic spirit, in this that society or group becomes extinct.

BUT IS THIS TRUE?

For the Avengers, it is not  because if there is something Zemo has underestimated, it is the power of the bonds. In Infinity War movie we have seen that a new enemy has burdened to threaten the whole earth and we all know what happened next. Referring to what we have said before, like for Loki, a new common enemy, Thanos, has caused the birth or better the re-birth of the group of the heroes. Everybody more or less  (Tony has been reluctant to call Rogers, leaving Banner the burden to make the call) has put aside his/her disagreements to face the new threat. Despite to be heartbroken and with huge difficulties in the next Avengers:Endgame movie the mightiest heroes of the earth are going to fix the situation with a plan which we don’t know yet but that we will discover in theater in 25 April.

What we know is that the Avengers are strong and that they are not easily going to become extinct.