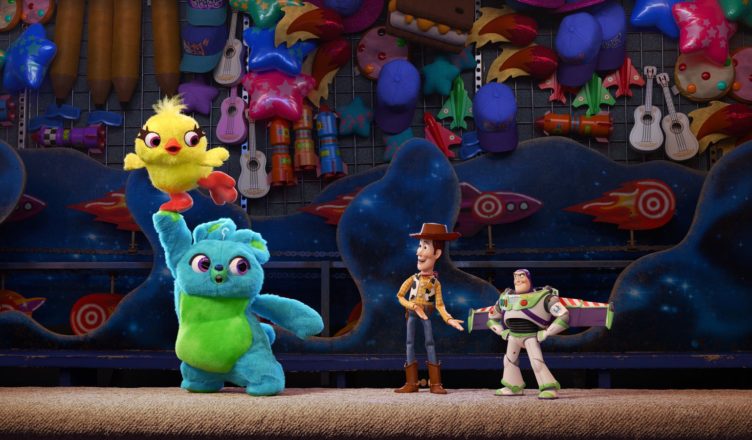 “No! I’ve thought with Toy Story movies we’ve done. They made 3 movies!”

Everybody thought that. Like Ducky, we also thought that with the third chapter the Toy Story franchise was definitely closed. We’ve seen Andy, grown up, giving his toys to Bonnie and leaving for the College. A meaningful gesture that establish the end of the childhood for the Woody and Buzz owner and a new beginning for the two toys and their friends to be able to continue to do what every toy does, that is entertaining children.

An happy ending that seemed to have established a steady point to the adverntures of the Cowboy, the Space-Ranger and their Gang. Instead, here we are after 9 years with a forth chapter reopening the toy story.

“Like most people, I assumed that Toy Story 3 was the end of the story,” said director and animator Josh Cooley. “And it was the end of Woody’s story with Andy. But just like in life, every ending is a new beginning. Woody now being in a new room, with new toys, and a new kid, was something we have never seen before.” 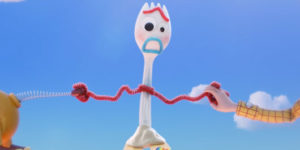 Ducky is a duck peluche. He is one of the new characters revealed in the trailer shared by Disney, together with Bunny, a rabbit peluche,  and Forky, a toy made by Bonnie with a fork who seems he’ll experience an existential crisis. “I don’t belong here” he screams in the trailer. Forky, voiced by the comedian Tony Hale,  is a fork, not a toy, and he wants to do what every fork does but he find himself stuck in the role of a toy, like Cooley explains.

“The world of Toy Story is built upon the idea that everything in the world has a purpose. A toy’s purpose is to be there for its child. But what about toys that are made out of other objects? Forky is a toy that Bonnie made out of a disposable spork, so he’s facing a crisis. He wants to fulfill his purpose as a spork, but now has a new toy purpose thrust upon him.”

Toy Story 4 will be in theaters in 21 June 2019 and it already seems full of important themes.

For the moment, we have only to wait and as Ducky say “To insanity and a blonde!”