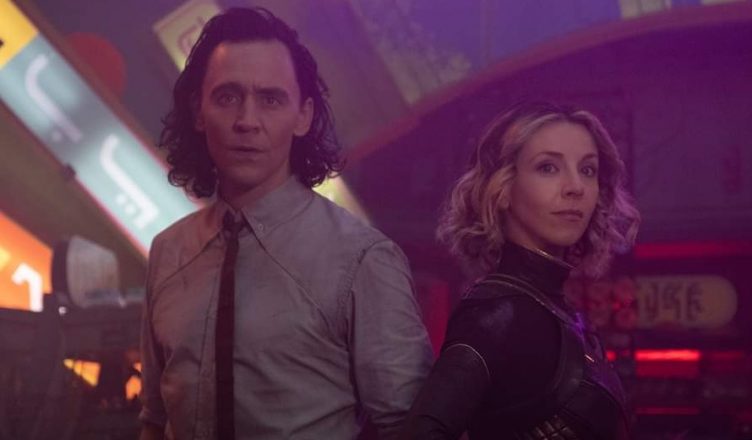 We concluded the preavious article about the first two episodes of Loki saying that “With Loki everything is possible” and this is true.

The 3rd episode has confirmed some thoeries and refuted others and it has brought to new comments.

In this article, we are going to recap the events of the new episode of Loki and talk about its new revelations.

Spoiler alert! If you didn’t watch the episode, keep reading at your own risk.

“Lamentis” is the title of the 3rd episode of the series and the name of the palnet where Loki and his variant escapes.

During the run, we discover some things. Let’s see what.

In the preavious article about the first two episodes of the series, we talked about some theories around the identity of the mysterious Variant of Loki. We said that she could be Lady Loki, Amora the Enchantress, Sylvie Lushton (the second enchantress in the comincs) or a new character.

We said that it is difficult identify the character because its story doesn’t fit with any of the characters listed above. Her aspect is similar to the second enchantress but the fact that she is avriant of Loki, makes us think that she is Lady Loki.

According to the events of the 3rd episode, it seems that she is a new character named Sylvie. Indeed, the episode confirms the name of the variant spoiled by the end credits of the previous episodes.

In “Lamentis”, the Variant claims to not be Loki antmore and to have chanced her name in Sylvie because she want to separe herself from the image of the God of Mischief. Indeed, she seems different from Loki, she acts in a different way. For example, she uses brute froce where Loki uses diplomacy. Loki himself notices it.

Loki: I’m sorry, but i’m not calling some faded photocopy of me “Loki”.

Sylvie: Good. Cause that’s not who I am anymore. I’m Sylvie now.

Loki: You changed your name. Brilliant.

Sylvie: Yeah? What exactly makes a Loki a Loki?

Despite the confirmation of her name and Sylvie’s words about the fact that she is not Loki anymore, there are yet a lot of questions and doubts. We know very little about her story and she does not reveal much about it.

To escape from the planet and save themselves, Loki an Sylvie board a train direct towards their unique possibility: a departing evacuation ship.

During the journey, the two variants have the possibility to talk and we get some new information.

Loki and Sylvie talk about magic. The God of Mischief reveals that his mother teached him magic who he remembers with love and nostalgia. He describes her as “the kind of person you’d want to believe in you”.

Here, we apprehend that Sylvie has always known to be adopted, unlike Loki, that she does not remembers her mother, she has learned to enchant people on her own and she has been running away from the TVA all her life.

These are all the information we get from her who share very little about her story. Even Loki notices it. “You know, I feel like I’ve told you so much about me. I really don’t know the first thing about you” he tells her while they’re walking towards the evacuation ship.

A BIT OF BOTH

Fans have always known that Loki is Gender Fluid. In the comics, the God of Mischief has always been a shapeshifter. He has always changed his aspect, from male to female and viceversa. Since 2010, some narrative arcs have confirmed is gender fluidity.

In the MCU, for what concerns the movies, this aspect has never been discussed, not confirmed or denied. The confirmation arrives with the Disney+ series but before it with the book by Mackenzie Lee Loki: Where mischief lies. We talked about it in the article the recaps the first two episodes about the relationship between Loki and amora the Enchantress.

Read here what Loki says in the book about his gender. We remind you that the book is canon in the MCU, its events take place before the movie Thor.

In the series, Loki gender fluidity is revealed in the end credits.

The Disney+ series not only confirmS the God’s gender fluidity but also his sexual orientation. During their journey on the train, Loki and Sylvie talk about magic but also love.

“Love is a dagger, it’s a weapon to be wielded far away or up close. You can see youself in it. It’s beautiful until it makes you bleed. But ultimately, when you reach for it…” says the God, “It isn’t real” concludes Sylvie.

To the variant’s question if there has been someone special in Loki’s life, some princess of prince, he answers “A bit of both”.

So, Loki is the first confirmed character gender fluid and bisexual of the MCU.

In the second episode “The Variant”, we have had the possibility to see Loki speak Latin. In the 3rd episode, we see him sing in norwegian.

Indeed, during the journey on the train, while Sylvie rests, the God celebrates and sings a song written for the series half in english and half in norwegian.

Tom Hiddleston shows againg his talent and he is perfect.

Anyway, Loki sings and dance under the surprised look of Sylvie. He drinks a glass of wine and then, like Thor in the movie, launches it on the ground screaming “Another”.

This is for them a symbol of respect, they have liked what they have drunk o haten. Loki acts like a real viking and above all and hedonist, as he defines himself.

THEY ARE ALL VARIANTS

Always in the preavious article about the first two episodes of Loki, we talked about the TVA and its employees. We said that they seemed to not have basilary knowledge or sensibility. We referred to Casey of the first episode who didn’t know what a fish was and to Mobius team, the minutemen, who appeared indifferent to the feelings of the people during the apocalupse in 2050.

In the first two episodes, it is explained that the TVA and all its employees have been created by the timekeepers. This would explain their strange behavior, why they are so focused on the job, they know only things related to it and they have no other interests.

However, Mobius seems different. In the first two episode, we see that he has some interests (Josta Soda and Jet Ski) and a certain sensibility. He seems, in other words, more human than the other employees.

In the 3rd episode, we get an important revelation. According to Sylvie, the employees of the TVA are variants just like her and Loki, but they don’t know it. All their memories has been erased.

If this is true, now Mobius’s anwers to Loki’s questions about the TVA have more sense. They were standard sentences, vague explanations. Information that have been instilled in all the employees.

Anyway, how is possible that all the TVA employees are variants?

According to Miss Minutes, the timekeeper have united all the alternate timeline in the sacred timeline. It’s possible that, while doing that, they have taken all the variants and turned them into employees of the TVA, puppets without memories or sensibility.

Now, Mobius know something about that or he really does not know anything?

Tom Hiddleston said the from the 4th episode there will be an important plot twist. We will see. Meanwhile, Marvel has shared a featurette that anticipates something about the next episode.