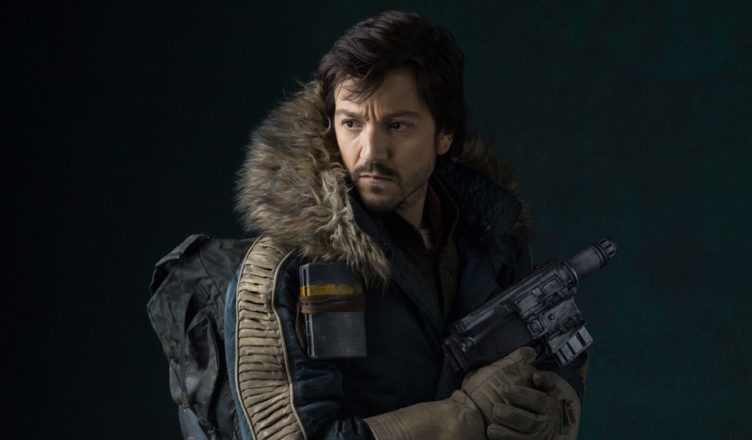 “The Force is strong with this one”

The CEO of Disney Bob Iger confirms that Lucasfilms will produce a tv series about Cassian Andor for the next streamin service of the house of Mickey Mouse, Disney+. Here below the tweet and the Instagram post of the official announcement.

Diego Luna will reprise the role of Cassian Andor in a new Star Wars live-action series for Disney+. https://t.co/3eTfkxLEai pic.twitter.com/k7ZYgyAQTf

Diego Luna will reprise the role of Cassian Andor in a new Star Wars live-action series for Disney+. Learn more at the link in our profile.

The series, that will be officially produced in 2019, will follow the adventure of the rebel intelligence captain interpreted by Diego Luna, who will replay the role, and it will be set in the years of the Ribellion, before the events of Rogue One: A Star Wars Story. The actor has declared to be happy to replay the role of the rebel spy for the tv series which will deepen the story of the character.

“Going back to the Star Wars universe is very special for me, I have so many memories of the great work we did together and the relationships I made throughout the journey. We have a fantastic adventure ahead of us, and this new exciting format will give us the chance to explore this character more deeply.”

The series will be based on espionage tales and daring missions to free the galaxy from the Emperor clutches.  It is just one of the news about the wide universe of Star Wars. The Mandalorian is another tv series set in the world of the galaxy far far away whitch will be produced and written for Disney+ by the actor and producer Jon Favreau, well known as Happy the grumpy bodyguard of the billionaire hero Tony Stark in the MCU.

At the moment, we don’t have other information about the espionage rebel series.  Disney+ will be released in 2019 and it is already full of movies/series titles and so competitive.

May the Force be with us!