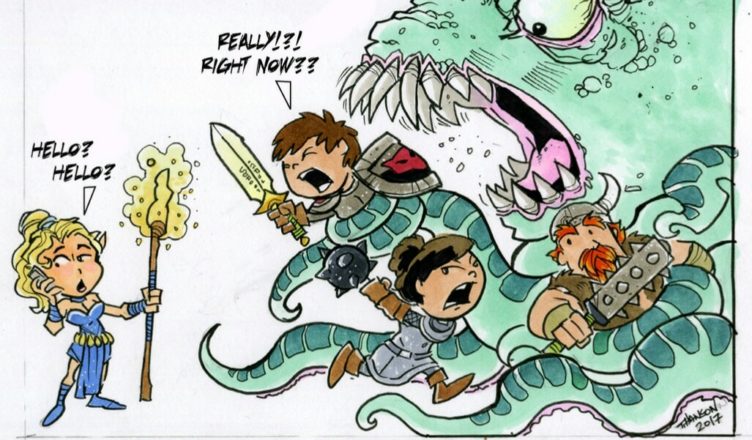 What kind of player are you?

There are many types of role playing games: fantasy, narrative, cyberpunk and post-apocalyptic. But we also know there are different types of players, stereotypes that it’s possible to find at any table. Some are easy to recognize, others are well disguised and recognizing them isn’t an easy task. Below I propose the most popular types of players in the parties all over the world. I invite you to understand which category you and your friends belong to and make a laugh all together.

The Affectionate is the kind of player who will hardly surprise you in the creation of his character: he/she has played for years always the same class or category of character (an important sub-category are those who always choose Dwarves or Elves !).

They often try to choose a different class, but in the end their predictability will always take the upper hand! In the middle of the character’s creation they will look confused at the party and eventually they will surrender and take their loving class.

Beware! There are also the Affectionates of a particular role playing game: “Hey, how about if we try to play something new, for example that post-apocalyptic RPG seen at that …” , and they, with a devilish and careless smile, they answer: “No, I prefer to play only D&D 3.5”.

With the Affectionate you may not be surprised, but at least you will have the best and most experienced cleric in the world  (hoping it does not fall into the power player category), so do not put strange ideas in your head and accept his entrenched imperious identity!

DM: “You enter the tavern: there are people who drink on the right and chat amiably. Instead, on the left there are empty tables that … “

Here is the Chaotic Neutral character, the player who never ask. He/she enters, exits, kills, loots, saves people and makes alliances without a real motivation. It’s not that it really depends on its alignment, but it’s just his typical way of playing. Surely no one opens up amusing game scenarios like the Chaotic Neutral. 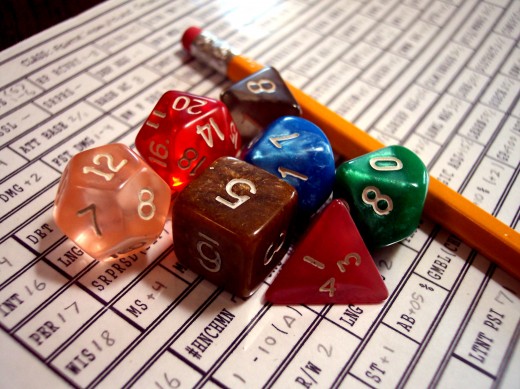 Do you have to save a damsel in trouble? Be assured that this kind of player will not move a finger unless you give him a chest full of gold and a your dignity. This player often complains with the DM for the little wealth of each loot or reward and develops with time a strong paranoia: he fears that his gold may be stolen at any time, so you’ll see him stuffing the coin bag in absurd and uncomfortable places (eg. in the middle of the chest under the armor of metal already cumbersome, inside a secret compartment in the backpack, in the underwear…) and he invents cutting-edge security systems in all the rooms in which he lodges. Do not be surprised if he asks a 500 gold coins reward  to a farmer for killing a wolf … Logically at level 1.

We all fell into this category. The Noob can be recognized almost immediately: he is often taciturn, he constantly looks at his character card and still has that sense of love and joy towards the dice because he has not yet died very badly after having pulled a 1; but the Noob has a starting luck bonus and hardly will land a 1 at least for the first three months, damn him!

However, there are noisy and overbidded noobs that speak too much, they believe they know by heart talents, skills and spells and want to do everything immediately. We have all met at least one of them in our campaigns and this, after all, is a positive thing: it means that more and more people are approaching tabletop RPGs. 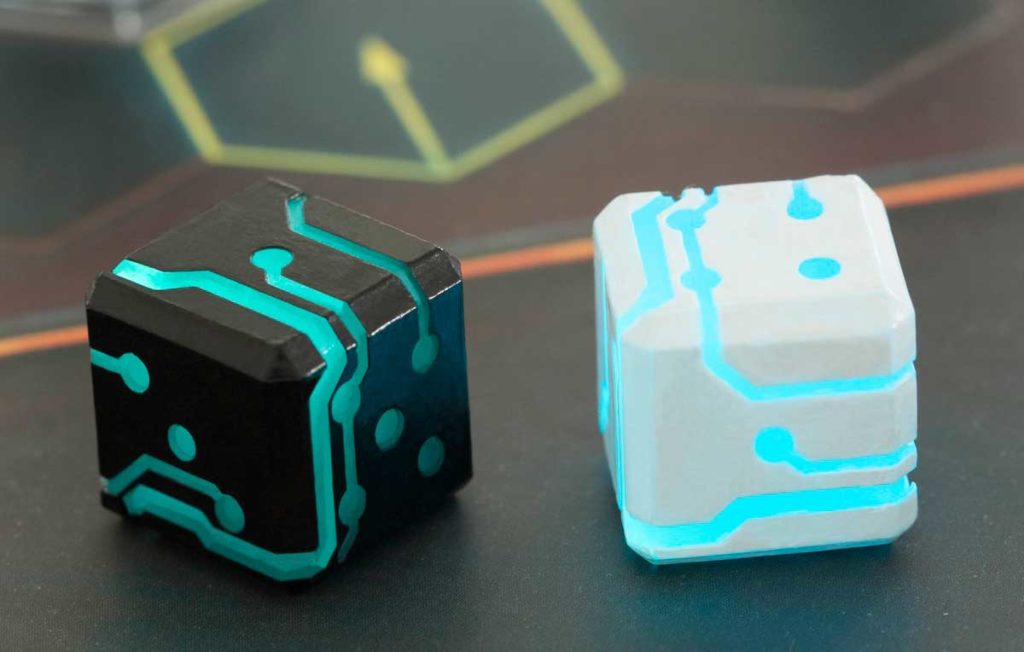 He knows, no matter what, but the Power Player certainly knows it.

This type of player has a security and fullness of self almost innate: he knows exactly what to do, what skills to take, which objects to keep and what not for his character, which is strangely always omniscient.

Already from the character creation he/she approaches you cautiously and as soon as you add that talent that you thought to be very strong, he starts with his divine caution: “No! Do not take that talent! This one is better, so after three levels you can take this one and make an extraordinary combo in fight! ” He will also be the undisputed protagonist of each fight, eliminating all the opponents with a single blow and stating that “it doesn’t do so much damage”.

The Power Player is often an “uncomfortable” player for the DM (there is no limit to the possibilities of a Power Player character) but that, all in all,  turns out to be a great help for party of inexperienced players.

Do we have to meet at eight? The Precise Player will arrive at half past seven. Did the Master say that there were 20,000 gold coins in the chest? Nobody dared to score even one more. Did you fail to calculate your attack bonus? Quiet, he / she has already corrected you!

The Precise Player is that kind of player who will drive out all your imprecision on the rules and on the game. If you remember that your spell does 5d8 of fire damage, pray that it will be so because otherwise the Precise Player will find you, correct you and interrupt the game action to emphasize to all that you are wrong.

But a Precise Player in the party always serves. He always remembers when the DM says: “sorry guys, we need to interrupt the game, in return I promise you double XP at the end of the next battle”.

The Touchy player, although many deny it or want to “deliberately deny it”, is the most common type of player in all gaming tables.

It is an astute player typology, which blends in with others and is not always easy to discover at the beginning of the campaign. How do you recognize it? Just do an action against his PC! “Why did you attack me?! Enough with these monsters immune to my skills! Now I’m dead, but with the next PC you’ll see … No, do not worry, I did not take it because my PC is dead, quiet! ” Or: “Let’s go to the right, I know the road, no, go left, I’m sure”, so when the party goes to the right, here it is: “Behold, you never listen to me!”

So, the touchy is that kind of player who takes a little too much when his character is damaged by any means. But do not worry: he don’t bite and is one of the most passionate fans of RPG.

<<“Everyone ready to play tonight?”>>

<<“Sorry guys, but I forgot that I already have a commitment.”>>

This is a classic RPG player. The Fugitive is the one who, for a series of astral convergences, always has difficulty joining the game sessions.  Whether because of the university exams, for the work or for the birthday of his goldfish, until the end his presence will be “uncertain”. He is the typical player you have to keep constantly under control before playing. When he is missing from the game session, his absence is heard … or not? 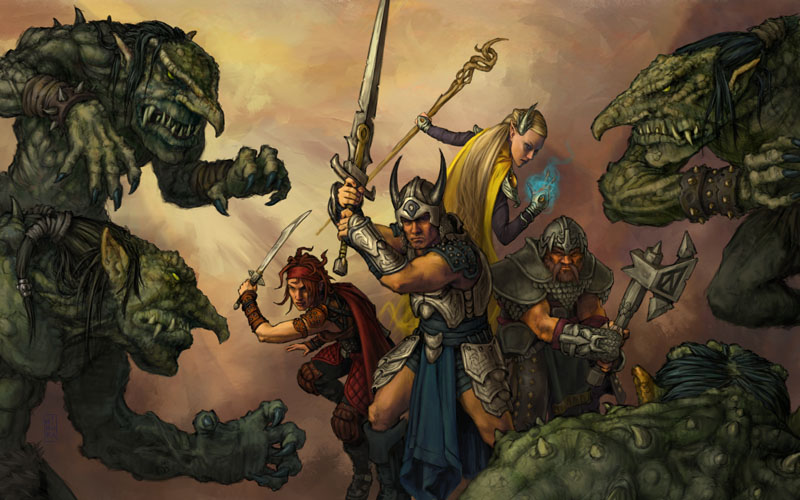 Technology has certainly helped the industry of tabletop RPG , such as apps for the management of character cards. But it also gave birth to the Smartphone Guy.

The Smartphone Guy never comes alone to the sessions, he is always accompanied by his trusted technology and all that follows: messages of the girlfriend / or mother, grandmother, update of the Instagram profile and playing with the best app of the moment . Trying to stop him is useless: he will always be able to see that last YouTube video, distracting the entire party.

So, which category do you belong to? tell us in the comments!