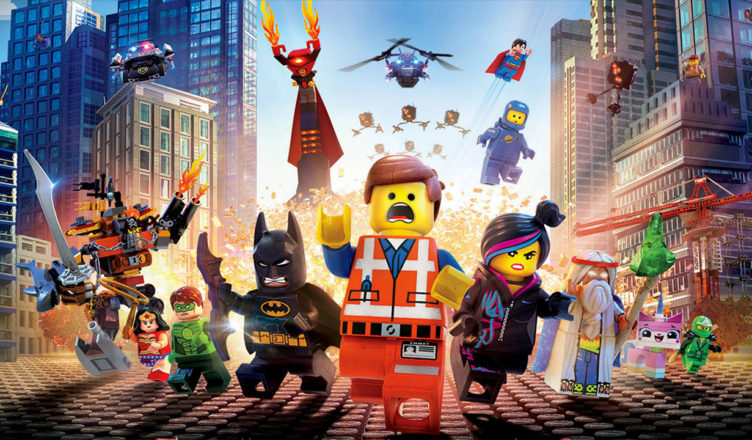 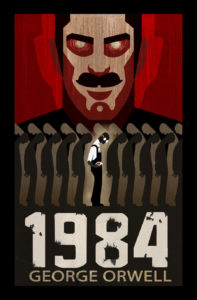 An almighty dictator who constantly takes under his control the life of every citizen: surveillance cameras placed everywhere in the city monitor the action of every person, governmental propagandistic phrases and songs are continuously repeated  to influence the masses, meanwhile the police is always ready to maintain the order.

If you have not understood, I am describing 1984, the famous dystopic story written by George Orwell but at the same time I am also talking about the Lego Movie, the movie produced by Warner Bros about the famous bricks for constructions for children. At a first sight, it seems just a normal movie. However, every viewer, paying a little attention, can easily recognize the existing analogies between the two works. What have you said? Do not you see them? Do not worry, I will show you them shortly, but first a bit of history.

WHAT IS A DYSTOPIA?

For the Oxfors English Dictionary, the philosopher John Stuart Mill coined the term in the 1868. It derives from the term Utopia, considered as the place where everything is exactly how it should be. Therefore, Dystopia is the exact opposite, an uncomfortable place, where no one would to live.

Almost every dystopic stories have a series of common characteristics. Precisely, two main narrative paths can be identified: the first one represents future societies where the power of authorities (politics, religion and technology) pretends to control every aspect of human life; the second one instead represents the destruction of civil life or its maximum degradation due to global disasters, above all caused by men. Actually, a third path also exists, that is in a certain way between the first two and prefers the representation of determined human societies near to the end: in this case the end of the civilization is felt as imminent.

In our case only the first narrative path can be analysed, which presents the following characteristics:

Now that you know what a Dystopia is, take a snack and a Coca-Cola and re-watch the movie. Done? Have you noticed the similarities between it and the book? If you have not noticed them yet, let me help you to do it. 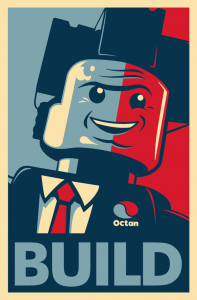 In the Orwell’s book there is the figure of the Big Brother who controls everything and everybody, that is played in the movie by the charismatic President Business: both of them control the government, all the corporations, the mass media and the police. Both of them want to have a total control. If someone want to rebel to the Big Brother system, he/she is immediately deleted, meanwhile in the movie he/she is captured and permanently blocked thanks to the secret weapon of the president: the Kragle, a super  glue.

In the book, most of the citizens live in run-down “hive” buildings and their lives are regulated by rules imposed by the Love Ministry, through which the government imposes its ideology. It can be ignored the famous regimen propaganda poster which shows the face of the leader with the sentence “Big Brother is watching you!” which is repeated continously all over the city, through radio and TV programs and advertisements. 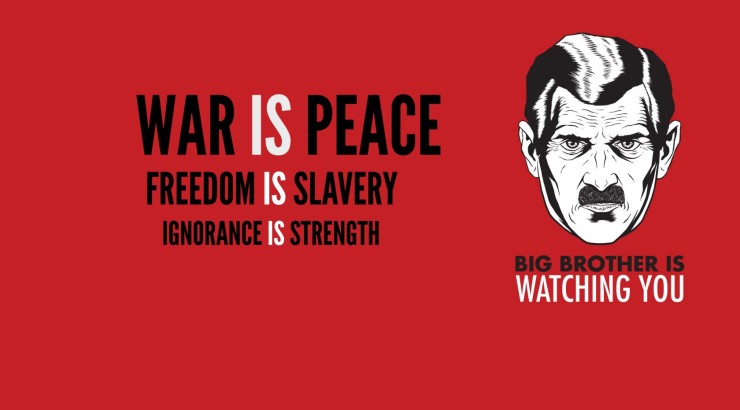 In the Lego Movie, President Business in parodic way does the same thing: all the citizens have to respect the rules included in manuals distributed to the population, for which everybody have to watch the same TV programs and listen to (and above all sing) the same song (“Everything is awesome!”).

Indeed, in the movie the all the citizens live in identical buildings and, following the manual, do the same things: greeting the neighbours every morning, brushing their teeth and drink the most expensive coffee, always and continously smiling. In the movie, a poster illustrating the face of the president with the sentence “I’ve got my eyes on you!” , is showed, a clear reference to Orwell’s book poster.

THE PROTAGONIST AND HIS STORY

The protagonist of the romance, Wiston Smith, is a government employee who, suddenly becames aware of his situation and decides to go against the regimen: he starts to write a secret diary, he falls in love with a young girl Julia and with her create a stealthy organization called “The confraternity”.

The protagonist of the The Lego Movie, Emmet Brickowski have a similar story. Emmet at the beginning, as everybody, follows the rules until he find a special brick called “The strong Piece”. From that moment, his life changes completely: he falls in love with the beautiful Wildstyle, he gets acquainted with the other rebels, the master constructors, who promote freedom and creativity and persuade him to be special. 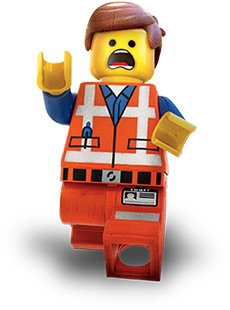 During the movie Emmet way of thinking changes. Initially he refuses the idea to be special, he continue to follow the rules to realize anything, the changes his mind and begin to use his creativity, leading to the happy ending of the movie. Unfortunately, for Winston this does not happen. After having rebelled to the regimen, he is captured and tortured. He suffers a real brain washing which take him to accept the regime ideology and to live as everybody else.

What are you saying? Finally, you have noticed the similarities? Good, I am proud of you! I hope you liked the article and I invite you to pay more attention during the next vision of the movie.

Do not forget to stay tuned for the next interesting article.